Amber Heard decided to divorce in May 2016, because she feared for her life, because of the violence of Johnny Depp become "normal", she said Monday, during the defamation lawsuit brought by her ex-husband, which resumed after a week-long hiatus. 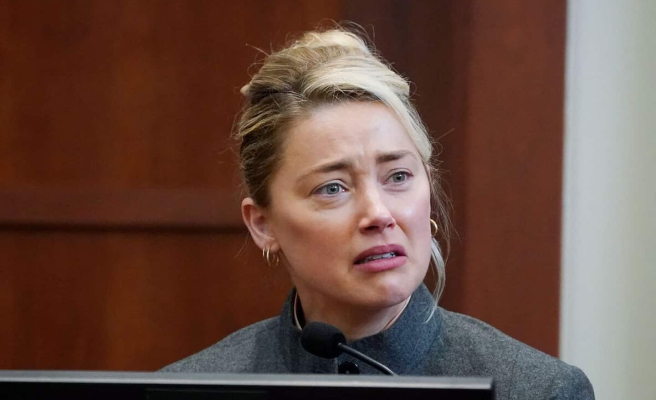 Amber Heard decided to divorce in May 2016, because she feared for her life, because of the violence of Johnny Depp become "normal", she said Monday, during the defamation lawsuit brought by her ex-husband, which resumed after a week-long hiatus.

The 36-year-old actress spoke of several episodes of violence in court in Fairfax, Virginia, including a fit of jealousy during a stay in France. According to her, Johnny Depp could not bear that she shot a sex scene in a film and did not believe her when she claimed to have been dubbed for this scene.

It was following a last violent argument, in May 2016, during which the actor allegedly threw a phone in her face, that she finally decided to file for divorce after only a year of marriage.

Their union “was collapsing,” she said on the stand. “I knew I had to leave. I knew I wouldn't survive it if I didn't."

"I was so scared it would end badly for me and I really didn't want to leave him, I loved him so much," the actress also said, holding back tears with difficulty.

But “the monster was that thing that was now normal, and not the exception. The violence was now normal”, she explained, referring to the two faces of her ex-husband, who became violent under the influence of alcohol and drugs.

Her lawyers showed photos where she appears to have the right side of her face bruised from the phone.

She had filed a complaint against her husband for domestic violence and filed a request for removal against him on May 27, 2016 to "change the locks" of his apartment and "be able to sleep well".

"I was losing my hair, I was losing weight, I was very sick, I had shingles, I couldn't sleep, I was waking up with panic attacks," she said.

The adversarial debate led by the defense of Johnny Depp, which promises to be ruthless, could begin Monday afternoon.

The 'Pirates of the Caribbean' franchise star accuses his ex-wife of ruining his reputation and career by claiming in a 2018 Washington Post op-ed that she had suffered domestic abuse two years earlier, without however quote Johnny Depp.

This lawsuit between two celebrities is extraordinary. It is broadcast live on television and every day, admirers of the two actors gather in court in this small town near Washington.

"It's like a soap opera," Nancy Mowery, from Pennsylvania, told AFP, while for Alethea Gnanakan, a student from Virginia, "both (ex-spouses) suffered."

The legal battle is also taking place on social networks between the two camps.

The first four weeks of the trial drew a “toxic” relationship, with very raw details reported by the former couple.

Their arguments reached their climax during a stay in Australia in March 2015, when Amber Heard claims to have been beaten and then sexually assaulted by her husband.

The 58-year-old actor, who testified at the end of April, denies ever having raised his hand on Amber Heard and assures that it was she who was violent.

Very calm and sometimes flirtatious, he admitted to heavy use of drugs and alcohol, but claims to have controlled his consumption most of the time.

According to financial experts presented by his lawyers, the platform would have caused him to lose 22.5 million dollars in fees planned for the sixth opus of the “Pirates”, from which he had been dismissed after its publication.

The actor is suing his ex-wife in the United States two years after losing a first defamation lawsuit in London. He had attacked the British tabloid The Sun, which called him an “abusive husband”.

Johnny Depp and Amber Heard had started an affair in 2011 before getting married in February 2015. Their divorce was finalized in early 2017.

1 Summary of episodes of Plus belle la vie from May... 2 Elisabeth Borne at Matignon: "The stakes are... 3 QS has trouble digesting bonuses with price increases... 4 Sweden sends its candidacy to NATO 5 Circolmedo dismisses edition after performing for... 6 The beginnings of 'EAJ-49 Radio Toledo' 7 More problematic contracts at the STM 8 Investing in training to save lives 9 Review of 'Eyes of Fire' (2022): Avenging... 10 The return of the emeritus king to Spain this Saturday... 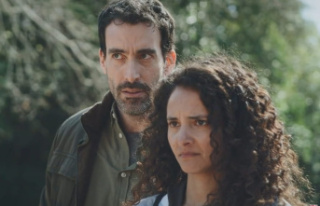 Summary of episodes of Plus belle la vie from May...