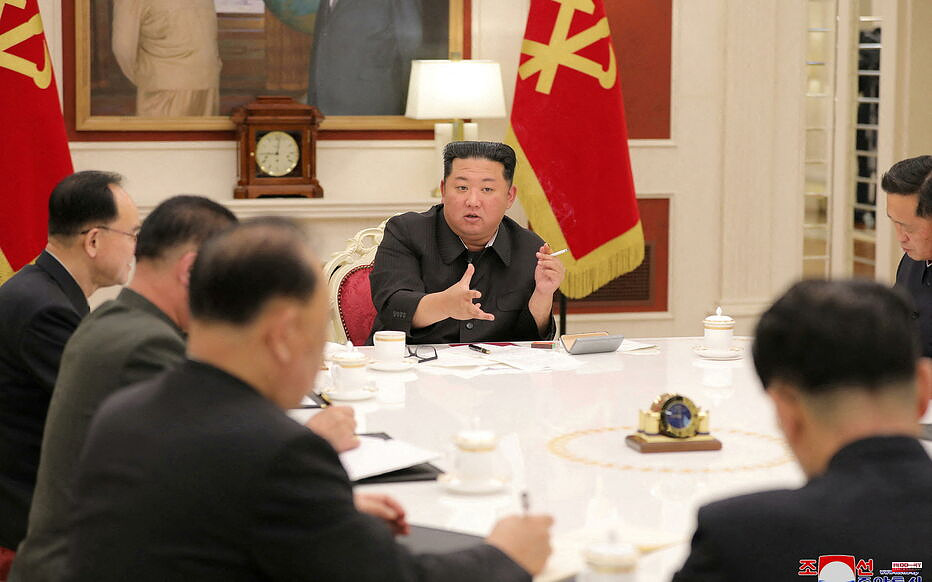 Covid-19 is gaining ground in North Korea. While the regime speaks of "fever" to describe the virus, North Korea recorded 232,880 new cases on Tuesday evening, bringing the total toll to 1.72 million cases and 62 deaths. Faced with this meteoric progression of the epidemic, North Korean leader Kim Jong Un castigated the negligence and laziness of officials who, according to him, have worsened the health situation in the country, official media reported on Wednesday.

Chairing a Party meeting on Tuesday, the leader said there was "a lack of maturity in the state's ability to deal with the crisis" and criticized "the non-positive attitude, softness and inactivity of senior state officials,” the official KCNA news agency reported. During this point, Kim Jong Un promised to “wake up the whole Party like an active volcano” to counter the spread of the virus.

Since the announcement of the first case of Covid-19 in the country last Thursday, the leader has taken personal control of the fight against the epidemic, which, according to him, is causing “great upheavals” in the country. The latter notably ordered a national confinement, its population not being vaccinated against the virus, and also deployed the army to help fight against the coronavirus.

Thus, the army "urgently deployed its powerful forces to all pharmacies in Pyongyang city and began to provide drugs as part of a 24-hour service", KCNA said. However, the World Health Organization (WHO) has expressed concern about the dangerousness of the Omicron variant in an unvaccinated population, as is the case in North Korea. The UN agency reiterated its offer of assistance ranging from vaccines to medical equipment.

A proposal for the moment remained unanswered on the side of Pyongyang, while the North Korean health system was ranked 193rd out of 195 countries by a study by the American University Johns Hopkins last year. According to experts, the country has few intensive care units, the fault of under-equipped hospitals, has no treatment for Covid-19 and does not have the capacity to massively test its population.

1 Food voucher: for whom, when? The outlines of Macron's... 2 Mileage scale 2022: it is upgraded! What gain on my... 3 Quiñones foresees 1,295 homes of 60 square meters... 4 The National Police investigates a gang rape of a... 5 Veganzones warns that "it will review every penny"... 6 Procedures to enter NATO: from the internal bureaucracy... 7 SMIC 2022: a new increase? 1,500 euros at Mélenchon?... 8 Pollution continues to cause nine million premature... 9 NATO receives the request for accession from Sweden... 10 Advertising and diversification boost Vocento's... 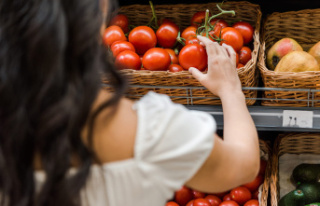 Food voucher: for whom, when? The outlines of Macron's...