Vocento has closed the first quarter of 2022 with total operating income of 76. 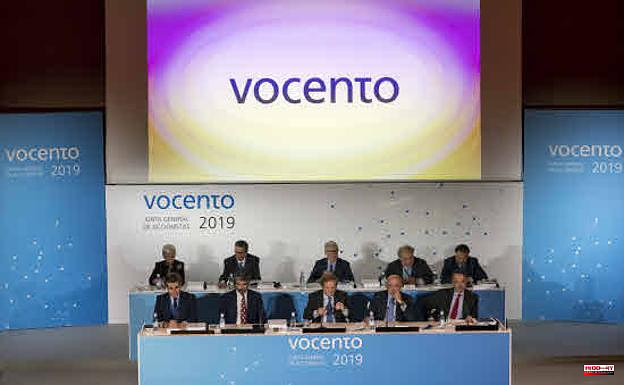 Local advertising grew by 20.7% with a positive behavior both in digital format (37.4%) and offline (15.9%). In this period, Vocento's brands registered a better evolution than the market in the Group as a whole: in offline press, Vocento closes with 11% compared to 7.2% of the market and in online advertising, Vocento reaches 4% (including the business of Classifieds), while the market stands at 2.1%.

The profitability of the Group and the positive net financial position define the evolution of the quarter. In this context, EBITDA stands at 0.1 million euros, despite the context of macroeconomic uncertainty and the increases in paper and energy prices. It should be noted that adjusted for the exit from the perimeter of NET TV and Veralia Distribución, excluding accounting for compensation (2.5 million euros) and the change in the Madrid Fusión calendar, it would reflect an improvement of 617,000 euros.

The operating result (EBIT) has been situated during these first three months of the year at -5.1 million euros, due, apart from the operating evolution, to the higher amortizations derived from the investments made in the new headquarters. The consolidated net result is positive by 3.6 million euros with an improvement of 8.4 thousand euros over the first quarter of last year thanks to the capital gain from the sale of NET TV and Veralia Distribución.

'Relevo', Vocento's new sports project, reflects the Group's clear commitment to digital and diversification. Aimed at three target audience segments neglected by the current sports offer (generation Z, dissatisfied users and female audience), it has a 100% digital format and uses RRSS and audiovisual content as an information channel in itself. With a strategic plan that foresees a positive EBITDA of 4 million euros from 2027, Relevo accounts for costs in the first quarter of 2022 of 439,000 euros.

In Newspapers, operating income (includes offline and online activity) during this first quarter amounted to 63.12 million euros, 0.2% higher than in the same period of 2021. By divisions, the increase is 1.9 % in Regional Press, 0.8% in ABC and -9.2% in Supplements and Magazines.

In the evolution of the profitability of the Regionals, the growth in advertising of 1.16 million euros compensates part of the drop in the sales margin to readers (-1.6 million euros), affected by the increase in the price of paper, the lower margin of printing and distribution and the increase in other costs, mainly indemnities.

In this context, EBITDA stands at 361,000 euros, which represents a cut of 88.5% compared to last year. ABC's EBITDA is affected by personnel costs and the printing margin, which are partially offset by an increase in advertising and an improvement in the readership margin.

In Audiovisual, operating income reached 1.1 million euros, 85.2% less than last year. EBITDA amounts to 611,000 euros at the beginning of 2022. It should be noted that this area is affected by the exit from the perimeter of NET TV and Veralia Distribución, an operation closed in January 2022. After the sale of NET TV, the activity in DTT is limited to the operation of some local DTT licences, while the Content segment has been reduced to a marginal activity.

In Classifieds, operating income reached 6.6 million euros during this first quarter of the year, which represents a growth of 10.2% compared to 2021, results derived from the incorporation of Premium Leads. By verticals, there was growth in real estate and a decrease in motor sales, affected in turn by the lack of vehicle stock derived from the chip supply crisis. This situation has had an impact on EBITDA, which was 570,000 euros.

In Gastronomy and Agencies, operating income reached 6.6 million euros compared to 2.9 million a year ago. EBITDA stands at 618,000 euros. The Gastronomy division shows an increase in both revenue (3.6 million euros) and EBITDA (1.3 million), which is explained by the holding of the Madrid Fusión congress, which was held in the second quarter the previous year. Regarding Agencies and Others, their activity was concentrated in the second and fourth quarters.

1 Advertising and diversification boost Vocento's... 2 Giro: Girmay forced to retire after his traffic jam... 3 2022 tax return: online, how to complete it before... 4 Enrique Ponce's future plan with Ana Soria 5 United States: with more than 139 million firearms... 6 Cannes Film Festival: Tom Cruise expected on the 2022... 7 Qatar sees the increase in investments in Spain as... 8 Vocento earns 3.53 million until March and reduces... 9 Data Protection fines Google with 10 million euros... 10 Two dead when a bus with twenty temporary workers... 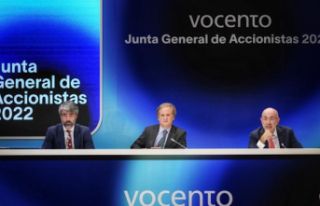