Housing policies, especially those aimed at vulnerable families, young people and rural areas, will be one of the main lines of action of the Ministry of the Environment, Housing and Territorial Planning in the coming years. 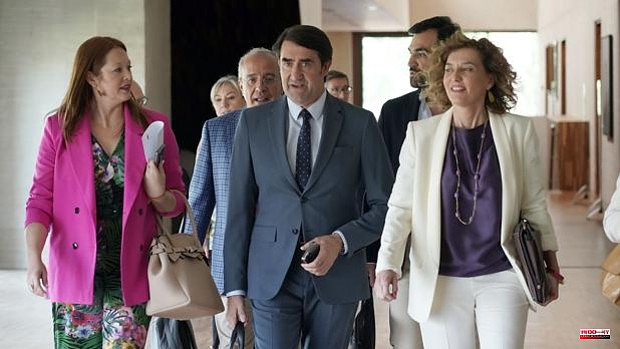 Housing policies, especially those aimed at vulnerable families, young people and rural areas, will be one of the main lines of action of the Ministry of the Environment, Housing and Territorial Planning in the coming years. The head of it, Juan Carlos Suárez-Quiñones, defended yesterday in the Autonomous Courts, for almost two hours, his program for the current Legislature and, in this detailed exhibition, he focused especially on the "boost of the public and private residential park" . In this sense, he assured that "we are going to improve the conditions of rental aid when its recipients are young people." Thus, they will reach up to 60% of the annual income regardless of the municipality of registration, and will rise to 75% when young people reside in municipalities with fewer than 10,000 inhabitants.

In addition, ordinary rental aid will increase by ten percent so that the subsidized income for all beneficiaries who meet the requirements will reach 50 percent.

Suárez-Quiñones announced as a novelty the promotion of the promotion of protected housing in the 'cohousing' model for young people up to 35 years old and for rent. These are flats in urban areas with an area of ​​60 square meters that share common elements, such as the laundry, to facilitate the autonomy of those who get their first job. The goal is to build a total of 1,295 homes in twelve different promotions by 2026 with an investment of 115 million euros.

As regards the purchase, the head of the Environment proposed a 20 percent reduction in the purchase price of public buildings, preferably for young people up to 35 years of age who want to reside in rural municipalities. "Our goal is to encourage the settlement of young families in the villages."

In environmental matters, Quiñones announced the processing, already underway, of the Law on Climate Change and Energy Transition. At this point, his wish met with the subsequent opposition of the Vox attorney, his government partner on the Board, José Antonio Palomo Martín, who warned that his group will not support this legislative initiative. Moreover, he spoke of "totalitarian-style environmentalism" and in the face of "climate religion", he proposed "the balance between human beings and nature".

In the chapter on promises, Suárez-Quiñones assured that purification will be another of the objectives of the legislature, with the forecast of allocating 248 million euros to purify one hundred percent of the discharges. Another of the announcements is the installation of 140 kilometers of new heat networks, which will supply 30,000 homes and 350 public buildings, which will consume 170,000 tons of biomass. And more forecasts: the restoration of 2,500 dumps and an investment of 21 million euros with the aim of making Castilla y León the first community with the objective of "zero dumps on public land".

In the firefighting section, two new networks of forest fire surveillance cameras will be installed in the south of the provinces of Salamanca and Ávila (there are already in León and Zamora) and the training of personnel will be reinforced "as an instrument to increase your security. In addition, the fleet of vehicles for the forest firefighting operation will be renewed during this legislature.

1 The National Police investigates a gang rape of a... 2 Veganzones warns that "it will review every penny"... 3 Procedures to enter NATO: from the internal bureaucracy... 4 SMIC 2022: a new increase? 1,500 euros at Mélenchon?... 5 Pollution continues to cause nine million premature... 6 NATO receives the request for accession from Sweden... 7 Advertising and diversification boost Vocento's... 8 Advertising and diversification boost Vocento's... 9 Giro: Girmay forced to retire after his traffic jam... 10 2022 tax return: online, how to complete it before... 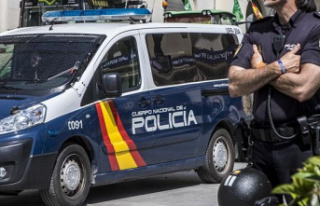 The National Police investigates a gang rape of a...