The Civil Guard and the National Police have dismantled in Villajoyosa a family criminal group that was dedicated to the retail sale of all kinds of narcotics. 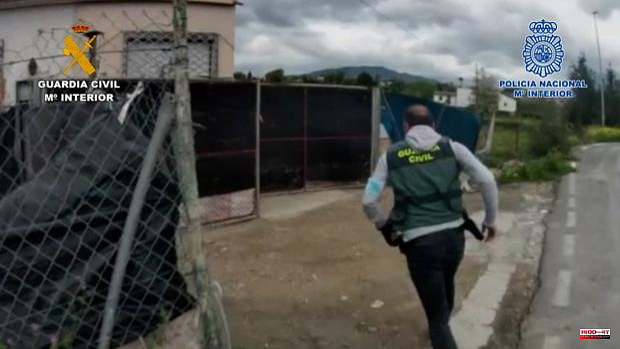 The Civil Guard and the National Police have dismantled in Villajoyosa a family criminal group that was dedicated to the retail sale of all kinds of narcotics. Nine people have been arrested, who operated from occupied homes in which they even set up drug rooms for the consumption of drug addicts, generating a significant sense of insecurity among the residents of the area.

For several months, agents of the Civil Guard and the National Police had been on the trail of a criminal group specialized in the retail sale of drugs, although locating those responsible was becoming difficult because the suspects were constantly changing Location. However, the investigators, far from ending the case, were drawing the profile of their objectives and decided to join forces in a coordinated operation between the two Security Corps.

Coming from Benidorm, the members of the criminal group had settled in Villajoyosa, a town in which for a few months they had illegally occupied homes in which they established drug sales outlets and even narcosalas (rooms for the consumption of drugs that they they themselves sold) and which they made available to their customers. This transfer of drug addicts in the area had the neighbors very worried, who suffered the consequences.

During the month of April, the researchers took advantage of a moment in which the group had lowered its guard. They felt fully settled and were expanding their radius of influence, recruiting new members for the group and expanding the facilities from which they operated. So they gave a boost to the investigation and proceeded to jointly exploit the operation, carrying out three searches in three homes in the town of Villajoyosa, and arresting all those involved.

Nine people of Spanish nationality, members of the same family, have been arrested. They are charged with the crimes of drug trafficking, illegal possession of weapons, usurpation of real estate, electric power fraud, and belonging to a criminal group. After being placed at the disposal of the Villajoyosa Court, the entry into prison of the two main members of the group has been decreed.

1 Seized 1,500 kilos of cocaine, in a cardboard shipment,... 2 The Salamanca Provincial Council approves the provincial... 3 The weather in Valencia: temperatures by days in the... 4 Works are awarded for the improvement of more than... 5 The mascletàs with more capacity in Luceros return... 6 Platelets to save Daniela, a girl from Tenerife undergoing... 7 UNESCO and Abertis inaugurate an exhibition on biosphere... 8 Fernando Alonso: "I'm happy with the performance,... 9 Germany withdraws Schröder's privileges as former... 10 “Downton Abbey: a new era”: on familiar (nostalgic)... 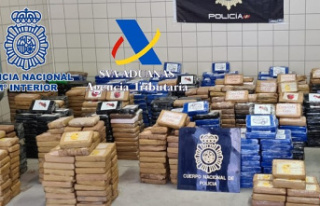