Fernando Alonso: "I'm happy with the performance, although not with the points"

"I always have pressure but here in Spain it is more to enjoy". 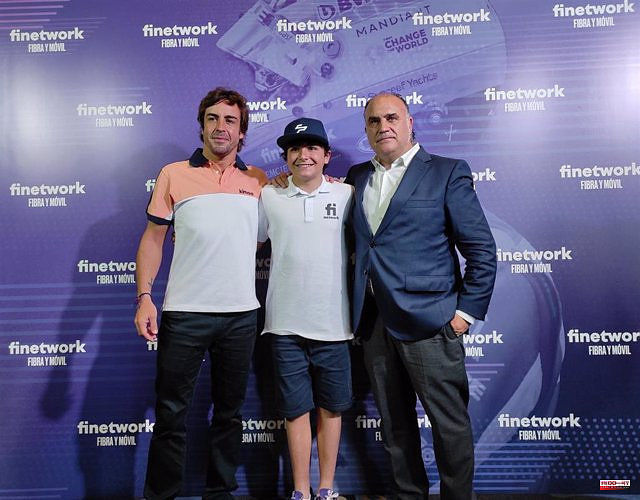 The Spanish Formula 1 driver Fernando Alonso (Alpine Renault) has assured this Thursday that he always has pressure in the races but that in the Spanish Grand Prix, which takes place this weekend at the Circuit de Barcelona-Catalunya, it is more to "enjoy" and take advantage of that feeling to, in this case, try to "complete" Sunday with points and improve the start of the championship, with which he is happy in terms of performance but not in terms of points achieved.

"The feeling of being at home is quite unique, we only race once a year in Spain and we take advantage of it to see family and have friends in the stands. It's a special weekend for me and Carlos, let's see if we can Completing a good weekend. It's enjoying, I don't think the pressure will change much. I always have pressure wherever we race, but here in Spain it's more enjoying," he assured at a press conference at a promotional event with Finetwork.

For Alonso, the expectations of the weekend are uncertain due to the improvements that the other teams may have, like Alpine. Of course, he hopes to be at least seventh or eighth. "I'm looking forward to seeing how fast we can go," he acknowledged.

"In this race all the teams usually introduce many updates and the order of the first races can change a bit. With that question, to see how much we can get out of the car, in theory it should go well and I hope for a good weekend, don't worry , and that on Sunday we can complete the result," he said.

"Complete", as the pilot says, would be to score points, because so far the Spaniard has only been able to add 2 points in the first five races of the championship. "At this start we have had good performances but we have never finished with points on Sunday. I am happy with the start of the season, with the performance, although not with the points. This year we have fewer problems as it enters Q3, we are easy between fifth and eighth We have taken a step forward that was unthinkable last year. It remains to be seen now the evolutions during the year", he pointed out.

Making a "football analogy", the Asturian gave his opinion on his start to the season. "We played well and tied the first five games, but we didn't win. This has to improve, over 22 races luck ends up compensating, we hope that from here we can start to score points", he predicted.

And about the famous plan, which exploded virally before the start of this World Cup, he explained that it was nothing more than an advertising campaign "that became a wave". "It's a viral thing that hit us on social networks. If the team had talked about a plan with clear objectives, we could say if they are met or not. But everyone got on the wave of the plan, even the team that He put it on a poster. They put it on everything I publish. But I can't say if the plan is fulfilled or not because I didn't have a clear objective, "he was honest.

Looking ahead to his future and a possible renewal or departure from Alpine, given the possible interest from Aston Martin, he's taking it easy. "We will see the future after the summer, it is what I had in mind since the preseason. The new rules always put the teams in a different order, and we have to see which teams will want to win next year, that will be the priority when I start talking to a team," he said.

1 Germany withdraws Schröder's privileges as former... 2 “Downton Abbey: a new era”: on familiar (nostalgic)... 3 Ukraine's accession to the EU: kyiv denounces... 4 Questions and answers about monkeypox 5 Roland-Garros draw: what if Nadal finds Djokovic in... 6 A new government?, the fate of the Azovstal soldiers,... 7 Polish Prime Minister says he will defend Sweden and... 8 Tapia asks for "tranquility" before the... 9 Women reach 30% of the Ibex six years after recommending... 10 Sales of the textile trade plummet and 17,000 stores... 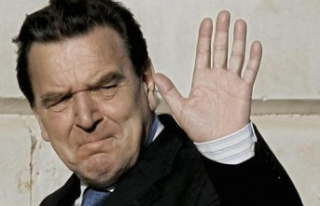