The mascletàs with more capacity in Luceros return to Alicante: where and when they are shot in the neighborhoods

In the absence of a month for the expected Bonfires of 2022 to kick off, the Alicante City Council has already unveiled one of the strong points of the festivities: the calendar of the mascletàs. 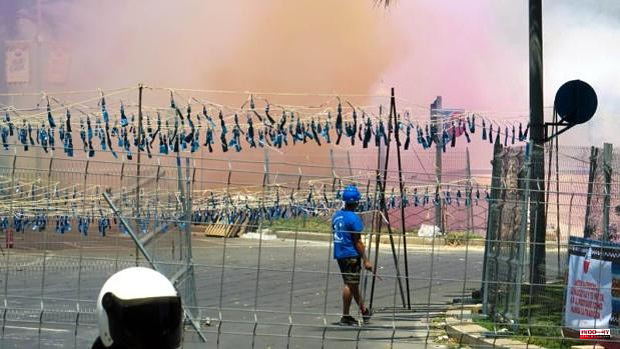 In the absence of a month for the expected Bonfires of 2022 to kick off, the Alicante City Council has already unveiled one of the strong points of the festivities: the calendar of the mascletàs.

The Councilor for Festivities, Manuel Jiménez, confirmed that the seven main ones will be shot (from June 18 to 24) in the Plaza de los Luceros coinciding with the central days of the festival, therefore they will be from the day of the Entry of Bands until the cremà, and they will have "more space" for the public. Apart from the Luceros mascletàs, another three will be shot in the neighborhoods on the following dates: Saturday June 4 in Gran Vía Garbinet, Saturday 11 in Playa de San Juan (PAU 5) and Sunday 12 in Benalúa (new courthouse parking) .

Jiménez has announced the call for the contest to determine which pyrotechnics and on which days they will fire in a contest with a minimum duration of five and a half minutes, in each of its sessions, and a maximum decibel established at 130. «The liberation of space in the upper part of Federico Soto Avenue, it will allow around 800 more people to witness the pyrotechnic shots, ”the mayor has detailed.

Regarding the firework displays, they will be held from June 25 to 29 on the Cocó beach and must have a minimum duration of 15 minutes, not counting the warning thunder. They will preferably be aerial, although they may also have an aquatic part. The winning pyrotechnics, in the opinion of a jury of experts, will receive a cash prize of 1,500 euros.

Finally and in parallel, the mayor of Alicante, Luis Barcala, announced at the Hogueras Children's Assembly that the belleas, ladies and pennant children's presidents will be invited to the reserved area in the Plaza de los Luceros to witness the firing of the mascletàs.

1 Platelets to save Daniela, a girl from Tenerife undergoing... 2 UNESCO and Abertis inaugurate an exhibition on biosphere... 3 Fernando Alonso: "I'm happy with the performance,... 4 Germany withdraws Schröder's privileges as former... 5 “Downton Abbey: a new era”: on familiar (nostalgic)... 6 Ukraine's accession to the EU: kyiv denounces... 7 Questions and answers about monkeypox 8 Roland-Garros draw: what if Nadal finds Djokovic in... 9 A new government?, the fate of the Azovstal soldiers,... 10 Polish Prime Minister says he will defend Sweden and... 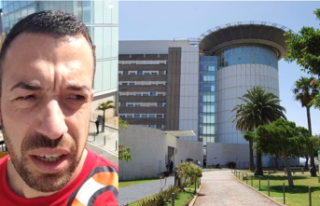 Platelets to save Daniela, a girl from Tenerife undergoing...