The weather in Valencia: temperatures by days in the first heat wave before summer 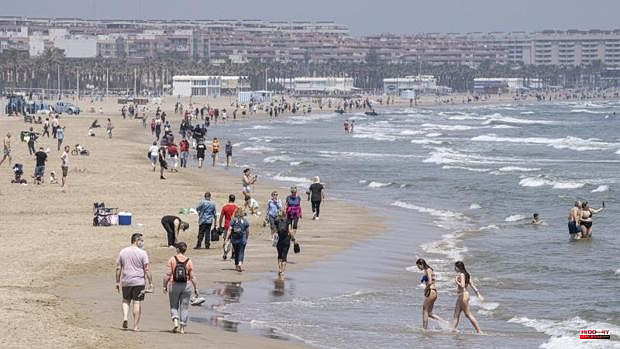 The first heat wave reaches Spain earlier than expected. It has never happened so soon, although the weather in Valencia during the next few days will not be as suffocating as in the rest of the national territory, where temperatures are expected to be ten or fifteen degrees above historical records for mid-May.

Although in other places of the Valencian Community they will touch forty degrees, the capital of the Turia will remain around thirty maximum during the next three days, in the first weekend of suffocating heat, after a spring rather marked by exceptional rains.

According to the forecast of the State Meteorological Agency (Aemet), this Thursday, May 19, the sky will remain slightly cloudy with intervals of high clouds in Valencia, with low strata in coastal areas and possible mist or fog in the first half. of the day

The wind will be light from the east component and temperatures will reach a maximum of 26 degrees, although the wind chill will be close to thirty.

Regarding Friday, May 20, Aemet details a scenario in Valencia of slightly cloudy skies with morning fog banks and a notable increase in maximum temperatures in the southern third, with figures that will range between 27 and 31 degrees.

For Saturday, May 21, unusually high temperatures are expected for this time of year, with few variations of the minimums and increases in the maximums. In Valencia, they will once again exceed thirty degrees, which will allow the beaches to be filled again with residents and tourists.

Finally, on Sunday, May 22, high temperatures will continue to rise, both in the case of the minimum and the maximum. In addition, a weak and isolated shower is not ruled out in the northern third of Valencia, according to Aemet.

1 Works are awarded for the improvement of more than... 2 The mascletàs with more capacity in Luceros return... 3 Platelets to save Daniela, a girl from Tenerife undergoing... 4 UNESCO and Abertis inaugurate an exhibition on biosphere... 5 Fernando Alonso: "I'm happy with the performance,... 6 Germany withdraws Schröder's privileges as former... 7 “Downton Abbey: a new era”: on familiar (nostalgic)... 8 Ukraine's accession to the EU: kyiv denounces... 9 Questions and answers about monkeypox 10 Roland-Garros draw: what if Nadal finds Djokovic in... 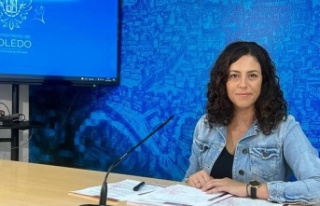 Works are awarded for the improvement of more than...