Works are awarded for the improvement of more than ten streets of the Casco de Toledo for 2.5 million euros

The Local Government Board this week has awarded the works for the improvement of several streets in the Historic Center of the city of Toledo, which will involve an investment of 2. 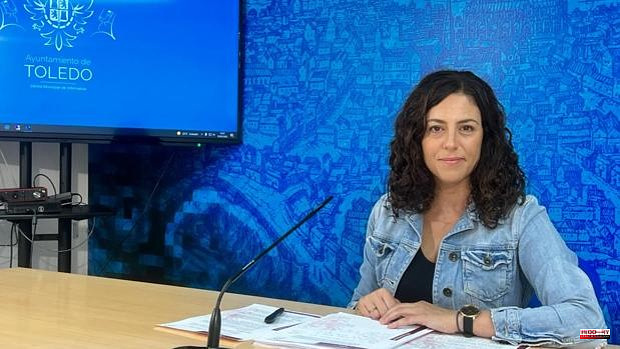 The Local Government Board this week has awarded the works for the improvement of several streets in the Historic Center of the city of Toledo, which will involve an investment of 2.5 million euros. The spokesperson for the government team, Noelia de la Cruz, pointed out that this investment effort corresponds to the commitment of the Milagros Tolón government team to meet the needs of the residents of the old neighborhood and move forward with the urban regeneration strategy that is carried out by the City Council together with the Consortium.

Once again the company Construcciones Antolín García Lozoya SA has been awarded, for an amount of 996,129.84 euros (VAT included), of the pavement recovery works of several streets of the Historic District, with an execution period of 6 months .

The streets that will be affected by this municipal intervention, which will consist of the integral or punctual rehabilitation of the surface, depending on its degradation and state, covering a total of 4,000 square meters, are: Cristo de la Luz; plaza, street and descent from Puerta Nueva; attached to the Plaza de Puerta Nueva; unpaved street; Antequeruela descent, Azacanes street. In addition, specific repairs will be carried out on Real, Armas and Carlos V streets.

The ultimate goal is to improve the image of the Old Town urban complex to restore its functionality, which has been damaged by use and by the adverse weather events that have occurred in the last year, such as the cold and snow storm and Dana.

On the other hand, Antolín García Lozoya has also been awarded the pavement rehabilitation works on the Zocodover-Tendillas axis, affecting Toledo Ohio, La Plata, Plaza de San Vicente and Tendillas streets. The amount of the award was 1,511,536.94 euros and the execution period is 6 months once the work has begun.

The project contemplates the demolition and repair of cobblestones and tiles, also pebbles, respecting the current type of pavement and including a service gallery.

On the other hand, the Governing Board has given its approval to the classification of bids for the refurbishment works on Barber Avenue, the most advantageous bid for municipal interests being that presented by AM Alonso. The price included in the offer is 1,778,585.05 euros (VAT included).

"This is a comprehensive project demanded by the residents of Palomarejos that will be tidied up with a central rose garden and the improvement of spaces and lighting, following the model applied to Avenida de la Reconquista", commented the also Councilor for Works and Services.

The Local Government Board has approved the municipal collaboration in the organization of events related to the commemoration of the 50th anniversary of the prohibition of bathing in the Tagus River proposed from within the Council of the Pact of the City of Toledo for the Tagus.

These activities, which were presented last Tuesday by the mayor, will be held on June 3, 4 and 5 in Safont Park, coinciding with World Environment Day, which is celebrated on June 5, and as a prelude to the Big Week of the Corpus, as the spokesperson has transferred.

These are protest days where there will be music, activities for the youngest, food trucks, workshops, children's games, sporting events, informative talks and exhibitions related to the river and its problems.

Also in the weekly session of the Governing Board, the Spanish Broadcasting Society has been awarded the performance of three concerts within the program of the Big Week of Corpus for an amount of 89,540 euros. The performances will be on June 10 (Los 40 Dance Corpus), June 14 (Concert Cadena Dial Corpus) and June 15 (Los 40 Pop Corpus).

Noelia de la Cruz has explained that soon all the information on these concerts, the participating artists and the rest of the program of the Big Week of Corpus will be given.

Also related to the Big Week of Corpus Christi, the production contract for three spaces (City Hall Square, La Peraleda and Paseo de la Vega) for the performance of concerts has been awarded to the company Producciones Múltiple for a total amount of 137,698 euros.

Finally, the local government has approved the final free transfer of a 37,000 square meter plot of land in La Peraleda in favor of the State Security Infrastructure and Equipment Management Autonomous Body for the construction of the new Civil Guard Command. In this way, the mayor has maintained, "we continue to advance in the commitment made with the Civil Guard for the construction of new facilities for the barracks of Toledo." The objective is to provide the Benemérita agents and their families "with a new and better residential and work space in an area chosen by the members of the Corps themselves."

1 The mascletàs with more capacity in Luceros return... 2 Platelets to save Daniela, a girl from Tenerife undergoing... 3 UNESCO and Abertis inaugurate an exhibition on biosphere... 4 Fernando Alonso: "I'm happy with the performance,... 5 Germany withdraws Schröder's privileges as former... 6 “Downton Abbey: a new era”: on familiar (nostalgic)... 7 Ukraine's accession to the EU: kyiv denounces... 8 Questions and answers about monkeypox 9 Roland-Garros draw: what if Nadal finds Djokovic in... 10 A new government?, the fate of the Azovstal soldiers,... 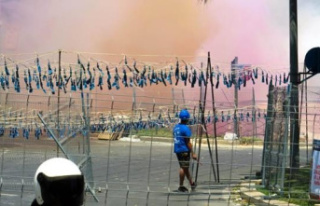 The mascletàs with more capacity in Luceros return...