The Diputación de Salamanca has approved this Thursday a total of 22. 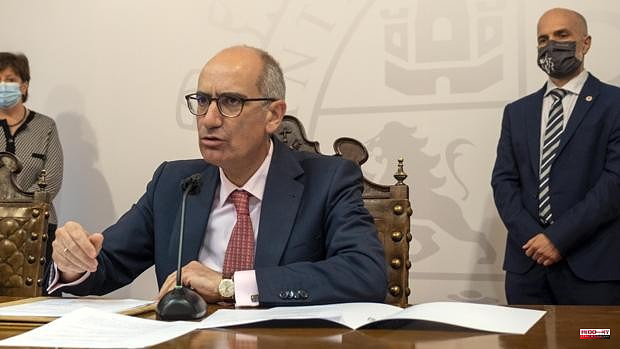 The Diputación de Salamanca has approved this Thursday a total of 22.6 million euros in the provincial economic cooperation plans for works and services in the municipalities for the years 2022 and 2023. The extraordinary session of the provincial plenary session has served to give green light to the proposal of the Salina Government team, with the votes in favor of the Popular Party and before the opposition's block refusal, which focused the debate on the alleged insufficiency of the total amount, similar to that of the previous biennial plan.

The opinion reached full with the abstention of Citizens, who changed their vote after the debate, and had the particular vote formulated by the PSOE, asking that the quantities be increased by 40 percent due to the increase in production costs, as well as maintaining the 50 percent bonus on basic investments, related to water supply and the road network. It was rejected with the vote against the PP and the non-attached deputy, José Francisco Bautista, and the support of Ciudadanos, who once again aligned with the Socialists.

The Deputy Delegate of the Area of ​​Economy and Finance and Provincial Plans, Antonio Luis Sánchez, was in charge of defending the Government team's proposal, recalling, first of all, that it maintains the "record figure" reached in the previous biennium. He also stressed that the Salina has achieved it with its own funds, without the usual cooperation of the State and the Autonomous Community. Likewise, he reacted to the criticism for falling short in funds, recalling that, apart from that, the 42 million euros of the municipal support plan must be taken into account, in addition to the funds to support purification in the municipalities, the drought plans , energy optimization or channel cleaning. In total, more than 120 million euros.

In response to the socialist argument for casting a particular vote that took into account production cost overruns, Sánchez recalled that, for example, "the workforce has risen due to the Government's decision to increase social security contributions." He also did not shy away from taking these increases into account. Moreover, he mentioned that if the central government modifies the royal decree for the review of prices in minor works, the Diputación could have an additional cost of between six and seven million euros that would not affect the municipalities. "What we want is for the works to be carried out and for the businessmen not to lose money, because otherwise employment will go to hell," he valued.

Given the opposition's insistence on demanding that part of the remaining treasury be included in the provincial plans, the 'popular' spokesman warned that, although it seems "infinite" to the opposing parties, 17.5 million euros remain. «It is the same old story, which we did not execute, but there are the figures of the last liquidation. The remainder is not generated by poor management because the execution is there, with 75 percent of the budget committed. All are works that have not yet been executed or are in progress », he pointed out.

The opposition based its criticism on the debate that the total amount allocated to provincial plans is insufficient, "absolutely limited and very poor", in the words of the socialist spokesman, Fernando Rubio, who also criticized that it is "exactly the same as the previous one" . During his intervention, the PSOE deputy alluded to the particular vote demanding a 50 percent bonus in essential actions, for example, for networks and agricultural roads.

On the other hand, the socialist spokesman recalled that the municipalities have had “many cost overruns due to the pandemic”, which are still kicking. «We do not have improper competitions because we are always there for the neighbors. And do they come to us with this? », He reiterated, citing the Chamber of Contractors of Castilla y León and the CEOE to estimate between 40 and 50 percent the increase in production costs. “We fear that there will be announcements of an electoral nature soon. I hope not, because the municipalities have many needs”, Rubio hinted, referring to the destination of the Diputación's funds, apart from the provincial plans. In addition, he proposed that there be a private vote, convinced that among the government team "there is no consensus."

The spokesman for Ciudadanos, Manuel Hernández, joined the criticism for the "tiny" amounts that, from his point of view, reach the towns. “They are unfair provincial plans because the smallest municipalities, which are the ones that need the most, receive very little,” he valued. In addition, he insisted that the proposal does not include the increase in production costs and the need to include the remaining cash. “Don't wait for the Gordo de Navidad to arrive and then keep councilors and candidates from the PP. It is time to put all this money so that the municipalities benefit, "he said, alluding to the possible electoral interest of the" popular ".

For his part, the non-attached deputy, José Francisco Bautista, again showed a harsh tone against the government team to explain his refusal to support the provincial plans. «The only thing they generate is depopulation, that our young people leave and our towns, in short, go to a better life. Biennium after biennium we repeat the mistake of doing the same thing. We are talking about ridiculous amounts and the needs of the people are infinitely greater. The generation of industry is not addressed, nor the maintenance of the population, nor the new technologies, nor the promotion of rural women. The question is where does the rest of the budget of this house go?

1 The weather in Valencia: temperatures by days in the... 2 Works are awarded for the improvement of more than... 3 The mascletàs with more capacity in Luceros return... 4 Platelets to save Daniela, a girl from Tenerife undergoing... 5 UNESCO and Abertis inaugurate an exhibition on biosphere... 6 Fernando Alonso: "I'm happy with the performance,... 7 Germany withdraws Schröder's privileges as former... 8 “Downton Abbey: a new era”: on familiar (nostalgic)... 9 Ukraine's accession to the EU: kyiv denounces... 10 Questions and answers about monkeypox 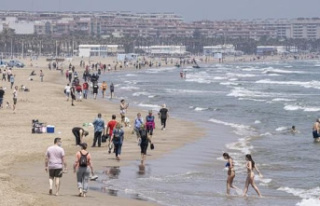 The weather in Valencia: temperatures by days in the...