Platelets to save Daniela, a girl from Tenerife undergoing chemotherapy treatment

Daniela's father, a girl undergoing chemotherapy treatment in Tenerife, has gone to social networks to ask for urgent help for his little girl, who needs a blood platelet donation. 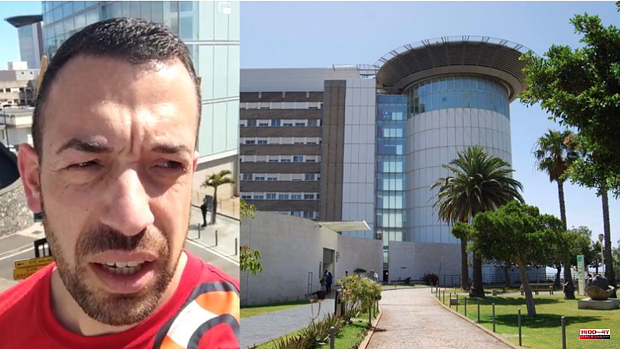 Daniela's father, a girl undergoing chemotherapy treatment in Tenerife, has gone to social networks to ask for urgent help for his little girl, who needs a blood platelet donation.

The father of the minor has appealed to citizens to donate, as well as to know more about this process. In this sense, he has warned that the University Hospital of the Canary Islands (HUC) has run out of reserves.

As he explains in a short video that has gone viral, his daughter has been lucky to receive one of the few reservations that the hospital center has left, but the situation is urgent.

“Come donate. There are barely two units of platelets left, “he assures in the clip.

Little Daniela has very low platelets due to the treatment she receives, so she needs to receive a transfusion. Her father has used the network loudspeaker for this purpose. «I make this video to appeal to people, both those who know me and those who can reach them. In the University Hospital of the Canary Islands, the donation of platelets is urgent “, she asks the users of the networks.

"One more day in the hospital, with the process that many know," explains the father, who takes the opportunity to "appeal to those who know us and those who don't, because platelet donation is urgent." For those who have told him that they support them and that they are "for whatever is needed", as he thanks, "one way to collaborate and help us in this process that we are going through is that, as far as possible, they come to donate platelets" and become »regular donors« which is »very important for the hospital«.

The man from Tenerife explains in the video that "I send this message so that they understand the importance of donating blood and platelets", and thus "call on more people to collaborate with this cause", he said.

You can make a platelet donation, in principle, everyone who can donate blood. That is, people between 18 and 70 years old, who weigh more than 50 kilos, are in good health and have a good level of platelets within normal limits, above 200,000-250,000.

Platelets are part of preventive treatments to avoid brain hemorrhages, very useful for people suffering from hematological problems, and who do not produce enough platelets, in cancer treatments that involve platelet destruction, people with organ transplants or marrow transplants for leukemia, as a treatment preventive in diagnostic tests such as punctures to perform liver biopsies.

Platelet donation is only carried out at the fixed collection points and at the hospitals of the Canarian Transfusion Network in Tenerife and Gran Canaria. On the islands there are eight points enabled for platelet donation, by appointment (efectodonacion.com)

1 UNESCO and Abertis inaugurate an exhibition on biosphere... 2 Fernando Alonso: "I'm happy with the performance,... 3 Germany withdraws Schröder's privileges as former... 4 “Downton Abbey: a new era”: on familiar (nostalgic)... 5 Ukraine's accession to the EU: kyiv denounces... 6 Questions and answers about monkeypox 7 Roland-Garros draw: what if Nadal finds Djokovic in... 8 A new government?, the fate of the Azovstal soldiers,... 9 Polish Prime Minister says he will defend Sweden and... 10 Tapia asks for "tranquility" before the... 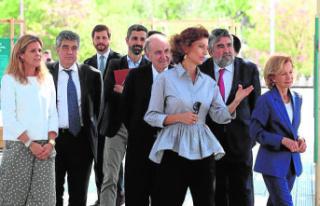 UNESCO and Abertis inaugurate an exhibition on biosphere...