Traffic may still be difficult on the Montreal highway network this weekend, while obstacles due to numerous works are to be expected for the next few days. 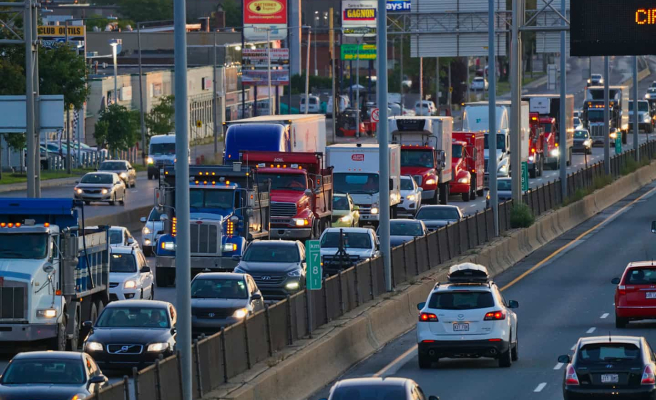 Traffic may still be difficult on the Montreal highway network this weekend, while obstacles due to numerous works are to be expected for the next few days.

• To read also: Poor quality bitumen: new asphalt to be redone on the A40

Near Pointe-Claire, the service road between the Saint-Jean Boulevard exit and the Doyon Avenue entrance will be closed until Monday at 5 a.m., this time due to work related to the Réseau express project. metropolitan (REM). Mobilité Montréal suggests a detour via boulevards Saint-Jean Sud and Hymus.

In addition, the eastbound Ville-Marie tunnel between the Turcot interchange and the entrances to Notre-Dame Ouest and de la Cathédrale streets will be closed until Tuesday at 5 a.m. Two detours are suggested by Mobility Montreal. A first for motorists coming from Highway 20 East and Highway 15 South will be to go through the Highway 15 South ramp, take exit 60 (boulevard Gaétan-Laberge, Verdun, Montreal downtown) to get to the Bonaventure Expressway and Robert-Bourassa Boulevard. For road users coming from Autoroute 15 North, it is suggested to take the ramp for Autoroute 20 West, make a U-turn at Exit 65 (Angrignon Boulevard) and take Autoroute 20 East.

For a second weekend in a row, the eastern ramp leading from Highway 20 East (exit 63) to the Honoré-Mercier East bridge is also closed until Monday morning. A detour is suggested by continuing on Highway 20 east and U-turn at exit 65 (rue Saint-Jacques, boulevard Angrignon) via boulevard de Sainte-Anne-de-Bellevue.

Finally, rue Notre-Dame Est, between rue Viau and rue Dickson, is closed until Tuesday at 5 a.m. due to concrete work under the responsibility of the Montreal Port Authority. Mobilité Montréal suggests that motorists take a detour via rue Hochelaga and boulevard Pie-IX.

1 Oilers don't let it get you down 2 Russia specifies that more than 960 senior US officials... 3 Radical separatists threaten to break up an act in... 4 ‘Antonio’ ‘Piolín’ 5 OM - Strasbourg: TV channel, predictions... Match... 6 Only “diplomacy” will end the war in Ukraine,... 7 Trenches and concrete blocks: Kharkiv ready to withstand... 8 Álvaro Martín and Laura García-Caro add another... 9 Moscow denounces new Ukrainian attacks on Russia's... 10 The first projections of the Australian elections... 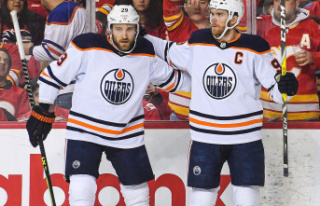