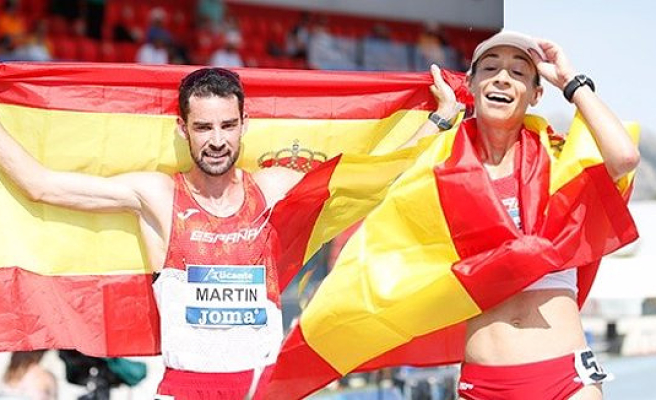 Spanish athletes Álvaro Martín and Laura García-Caro have won gold medals in the men's and women's 10,000-meter walk events at the Alicante 2022 Ibero-American Championships, which is being held at the Camilo Cano Olympic Stadium in La Nucia (Alicante), so Spain already has seven gold medals in the two disputed days.

In the men's event, over 10,000 meters on the track, Álvaro Martín, current European 20km champion and second in the Muscat World Team Championship, dominated from start to finish after managing to distance himself from Brazilian Caio Oliveira de Sena. He passed the halfway point of the test in 19:29.40 before crossing it solo in 39:24.20, close to his personal best.

In the women's competition, a quartet was soon formed made up of the Spanish Laura García-Caro, the Portuguese Ana Cabecinha and the Peruvians Kimberly García and Evelyn Inga. In the last 500 meters, García-Caro launched a definitive attack that allowed her to be crowned in the race with a time of 43: 33.72, her personal best. Kimberly García was second (43:41.50) and Cabecinha, bronze (44:23.69).

In addition, the 200 meter semifinals were played in both categories. In women, the fastest athlete was the Portuguese Lorenze Bazolo, with 23.42 (-0.4) in the first semifinal, and in the second 'semi' the Brazilian Vitoria Cristina Silva dominated, with 23.46. In the men's, the Dominicans Alexander Ogando commanded, with 20.38 (-0.3), and Yancarlos Martínez, with 20.66 (-0.8).

In the women's combined, the heptathlon, there was a turnaround in the classification after the length and the javelin, with only the 800 meters to go. Colombian Martha Araujo, who finished third on Friday, is now in the lead after winning the long and javelin throws, here with a magnificent throw of 52.47, a championship record in a heptathlon. Araujo has 5,175 points compared to 4,954 for Paraguayan Anna Camila Pirelli, first on Friday.

The men's decathlon, after eight tests, is very close between the three competitors, who alternate in the classification in each test, with provisional leadership for the Venezuelan Gerson Izaguirre with 6,551 points, who was the best on the disc, followed by the Portuguese Edgar Campré, with 6,538, first in hurdles and pole vault, and Spanish Bruno Comín.

1 Moscow denounces new Ukrainian attacks on Russia's... 2 The first projections of the Australian elections... 3 [LIVE] 87th day of war in Ukraine: here are all the... 4 Joe Biden signs legislation providing $40 billion... 5 Portugal says Ukraine's EU accession should be... 6 The price of electricity falls 4.56% this Sunday and... 7 Free ferries under a Liberal government 8 Feijóo and Ayuso agree on their "desire to be... 9 Errejón makes Feijóo's silence about the emeritus... 10 Australia: Prime Minister Scott Morrison defeated... 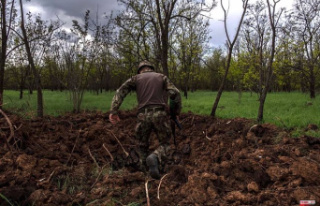