Léolia Jeanjean in the time machine at Roland-Garros 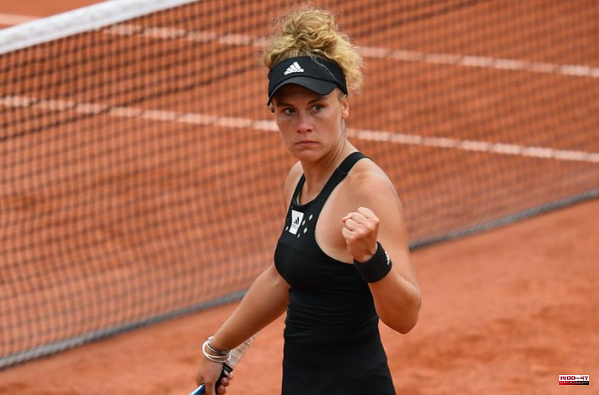 Child star promised to the greatest successes, she lived a completely atypical career by taking side roads. The one who was labeled "Mozart of tennis" by Tennis Magazine, registered as a curiosity at the Petits As, before being hatched by the Federation. Before an injury (triple dislocation of the left kneecap, reminiscent of Tennis Actu), in 2010, derailed the tale. Nobody waited for him. Rather than stay at the foot of the carousel crying, she left for the United States, immersed herself in studies, without giving up the tennis practiced successfully in university.

At the end of this crazy road, she discovered, at 26 (225th in the world), Roland-Garros, having taken advantage of an invitation. She dominated 6-4, 6-3 the Spaniard Nuria Parrizas Diaz (45th). Like in a dream. Tenfold by the pleasure of waiting. With a smile, she recounted her crazy day. Sparkling, she illuminated her press conference with contagious joy: "Winning my first match on a first Grand Slam. It's something I wouldn't have believed a year ago (1180th in the world); I wouldn't even have imagined it. A match concluded with a broken string: "The string breaks on the match point, so I'm doing pretty well." If I had lost the point, that would have pissed me off too. Maybe I'll learn from my mistakes and change racquets faster. »

Flashback. “After the serious injury when I resumed, it was quite complicated. My parents told me that it was probably best that I go to school, because you never know what can happen. As studies, I did a lot of things that have nothing to do: I did a bachelor's degree in sociology, a bachelor's degree in criminal justice and a Master's degree in wealth investment finance. So nothing to see, but like my life it goes a little in all directions. When I finished my studies, I said to myself: "get back on the circuit, good if it works, otherwise it's not too bad, at least I would have done what I wanted to do" . The circle is complete, no, because the circle will be complete when I have made the four Grand Slams and achieved the goals that I always had when I was young. »

At the time of tackling the challenge of returning to the circuit, the Frenchwoman recalls: "The hardest part was getting back to the physical part, because I had gained a lot of weight in the United States and I didn't didn't train much. When I resumed, it was quite hard to keep up the pace, to chain the matches, etc. After this long trip, she imagines prolonging the fun: "Do I see myself playing for a little while longer?" Yes. Even for a long time, because it's only my second year on the circuit, even though I'm 26 years old. Mentally, it's like I'm 19; I have less experience than an Elsa Jacquemot who played Roland three times. I am totally new. So I see myself doing this for a little while longer. »

In the 2nd round, Léolia Jeanjean has an appointment with the Czech Karolina Pliskova (8th in the world) or the young Frenchwoman Tessah Andriaanjafitrimo.

1 Biarritz Olympique: new coup attempt against the Galactics 2 The Canary Islands cut 43.6 million in dependency,... 3 Ayuso calls it "barbarous" that Gallardo,... 4 "Another supplier": This is how the commission... 5 Metro line 8 reopens this Saturday, three days ahead... 6 Sánchez announces in Davos that Sweden and Finland... 7 A mother sells her car and falsely accuses her son... 8 Alicante pays tribute to the victims of the Bombing... 9 Òmnium takes the 'CatalanGate' to the United... 10 An SMS will notify chronic patients of the renewal... 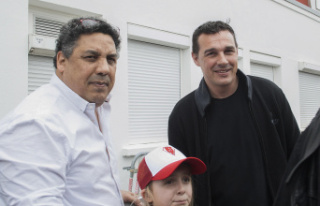