The Alicante Civil Guard has investigated a couple who denounced her son as allegedly responsible for the theft of their vehicle. 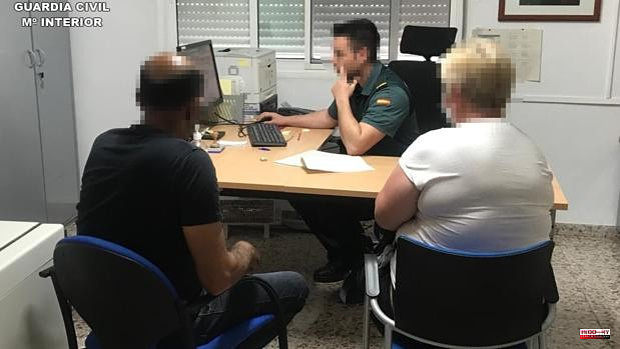 The Alicante Civil Guard has investigated a couple who denounced her son as allegedly responsible for the theft of their vehicle. The agents found out that they had sold the car and that, with the simulation of the robbery, they intended to collect compensation from the insurance company.

On May 2, a couple went to the Pinoso Civil Guard Barracks to report that their car had been stolen. According to the complainant, they suspected that the thief was the 36-year-old son of his partner, a testimony that the mother ratified. However, that demonstration did not leave the agents indifferent and since the details did not fit, they decided to investigate the matter.

They requested numerous documents, took statements from potential witnesses, and carried out various inspections of nearby establishments.

As a result of the investigations carried out, the Benemérita agents found out that the complaining couple had actually sold the car to a motor vehicle scrapyard. Later, and with the intention of collecting compensation for the theft of the vehicle that they had contracted in the insurance policy, they tried to pretend that such a crime had occurred.

Once all the evidence was collected, on May 14 a 54-year-old man and a 53-year-old woman were investigated, charged with a crime of fraud and another of simulation of a crime. The proceedings have been forwarded to the Investigating Court of Novelda. The vehicle has been intervened and is at judicial disposal.

Before collecting a complaint, the Civil Guard agents inform the complainants of their obligation to tell the truth, and that, if they do not do so, they may incur a crime punishable by law with a fine of six to twelve months. On this occasion, the couple not only did not hesitate to try to deceive the Civil Guard, but also to point out their own son as responsible.

1 Alicante pays tribute to the victims of the Bombing... 2 Òmnium takes the 'CatalanGate' to the United... 3 An SMS will notify chronic patients of the renewal... 4 Minors detained for the alleged gang rape of an 18-year-old... 5 Green light for the 4,058 extraordinary public employment... 6 Thor – Love and Thunder: naked as a worm, Chris... 7 A drunken British tourist attacks three national police... 8 A report places Castilla y León at the bottom in... 9 A convicted of the 2017 jihadist attacks invokes the... 10 The EU Court provisionally returns parliamentary immunity... 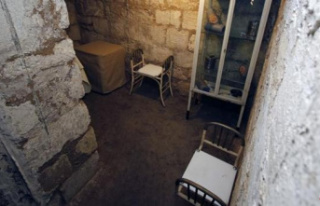 Alicante pays tribute to the victims of the Bombing...