"Another supplier": This is how the commission agent was described within the Madrid City Council

The Madrid City Council has provided the investigating court number 47 with the documentation that was required to clarify in what terms the commission agents Luis Medina and Alberto Luceño came to position themselves as suppliers of masks, gloves and covid tests in the first wave of the pandemic. 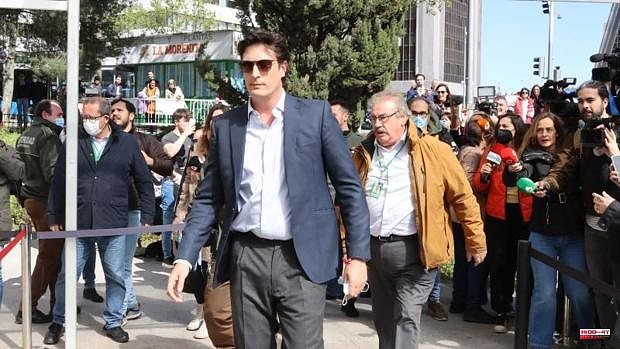 The Madrid City Council has provided the investigating court number 47 with the documentation that was required to clarify in what terms the commission agents Luis Medina and Alberto Luceño came to position themselves as suppliers of masks, gloves and covid tests in the first wave of the pandemic. The battery of messages reveals that Medina did not initially know the name of the general coordinator of the Mayor's Office, that his offer was treated internally as that of "another supplier" and that at that first moment, he did not offer company products Malaysia Leno.

The documentation, to which ABC had access, includes a first message from Medina to the generic email of the Consistory in which he says that, "following instructions from Carlos" he raises his proposal, which was for hydroalcoholic gel, but also for covid tests and masks .

The attached documentation is on behalf of a company called CPH Asia Limited, with fiscal domicile in the Seychelles. It is signed by Anthoni Norris and reproduces seals and quality certifications. Leno, the Malaysian company that supposedly provided the material that was finally sold to the Madrid City Council, and its administrator, San Chin Chooon, are nowhere to be found.

The "Carlos" referred to in the email is the cousin of Mayor José Luis Martínez-Almeida, who has already testified as a witness. According to his account, a mutual friend (the director of a private university) asked him on behalf of Medina about the contact he should address at City Hall. He provided that generic address that the Consistory published on Twitter and transferred as a reference to all its internal departments, which at that time were receiving offers of all kinds, in order to centralize management.

"Hello Maite," says the headline, actually addressed to Matilde García Duarte. “Following Carlos's instructions, I sent you some products that we have available and ready to send by plane to the Barajas cargo terminal. We are currently selling to the German and Belgian government here in Europe. If I want you to take into account the disinfectant. It comes from factories in the US. They are now producing exclusively for the US Army and we have managed to get their Ohio plant to serve us. It is the one that has been used these months for containment in Wuhan, ”says the message, dated March 18, 2020.

And he adds: “Tell me if there are other products you need. I work directly with the factories. Payments through an escrow for your security. It can be from Miami or Switzerland. This is my phone. In case you want me to clarify anything. Have a nice day!!".

In the case there is no evidence that they had made sales to Belgium or Germany of medical supplies in those days. In any case, that email that Medina sent did not get a response or at least not with the speed that he expected. So there was a second email, this time getting the name right. Along the way, he had called Carlos Martínez-Almeida again to find out what he had to offer. "Matilde, here you have some of the material we have available," says that brief message, already from March 19. On that list, Leno is not.

The general coordination of the Mayor's Office forwarded the email with the attachments -documentation with certifications still to be studied for the sale of hydroalcoholic gel- to the Department of Security and Emergencies with the legend "I pass you this proposal for the sale of Luis Medina's sanitary material".

Finally, the information was forwarded from Emergencies to the official who was in charge of purchases, Elena Collado. The message she bounced just said "another provider."

The documentation provided reveals that it was not an exception. There are emails from the General Coordination of the Mayor's Office to the Department of Health about "offers received" of medical supplies, such as a package that is dated March 20 and in which "a second document with offers related to health care providers" is transferred. masks and medical supplies, mostly from outside Spain, and a clothing manufacturer that offers to make masks.

"Given the relevance of the issue, attached are sent in addition to the Excel, also the emails received that include the documentation," said that message signed by a vocal adviser to the general coordination of the Mayor's Office. Three days later, and "by indication" of her boss, Matilde García, she sent Elena Collado "the list of companies" that had sent those proposals.

Already on April 2, he added: “Although I have been sending you those that seemed most interesting to me, I am sending you everything that has come to us from the sale of medical supplies in case it is of interest to you.”

1 Metro line 8 reopens this Saturday, three days ahead... 2 Sánchez announces in Davos that Sweden and Finland... 3 A mother sells her car and falsely accuses her son... 4 Alicante pays tribute to the victims of the Bombing... 5 Òmnium takes the 'CatalanGate' to the United... 6 An SMS will notify chronic patients of the renewal... 7 Minors detained for the alleged gang rape of an 18-year-old... 8 Green light for the 4,058 extraordinary public employment... 9 Thor – Love and Thunder: naked as a worm, Chris... 10 A drunken British tourist attacks three national police... 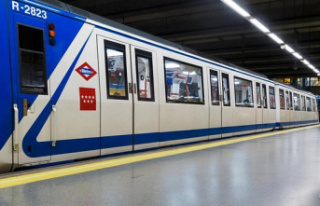