Metro line 8 reopens this Saturday, three days ahead of schedule, after completing its works

Metro line 8, which connects Nuevos Ministerios with the Madrid Barajas-Adolfo Suárez airport terminals, reopens its doors this Saturday after the improvement works that have been carried out in recent months. 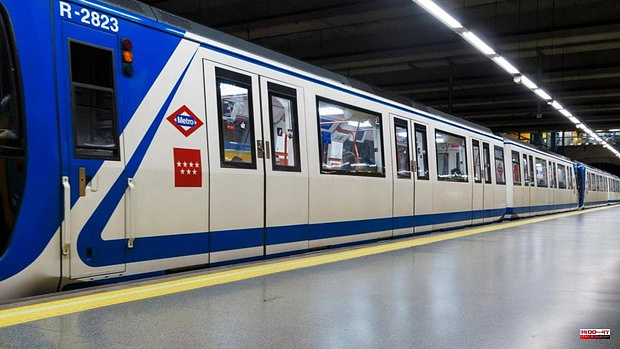 Metro line 8, which connects Nuevos Ministerios with the Madrid Barajas-Adolfo Suárez airport terminals, reopens its doors this Saturday after the improvement works that have been carried out in recent months. The completion of the works -which affected the section between the stations of Colombia and Mar de Cristal- has been brought forward three days over the initially planned deadline.

This advance will allow Real Madrid fans to go to the Adolfo Suárez Madrid-Barajas airport to travel to Paris to attend the Champions League final, they point out in the metropolitan company, given that the reopening of the line coincides with the day of the match .

Since the works began, only one station on this line, Pinar del Rey, has remained closed to the public.

The other two ends of the section under construction, Colombia and Mar de Cristal, continued to operate and were reached through connections from other lines.

In addition, there has been a free special service bus connecting the two ends of the line under construction, to facilitate transit to and from the Madrid airport.

The budget invested has been 5.3 million euros and the work has lasted about three and a half months. The comprehensive restoration of the track platform and the drainage system has been carried out. These actions have served to eliminate existing speed limitations in that area, with the aim of providing the line superstructure with greater quality, durability and reliability, as well as increasing the efficiency of maintenance and the useful life of its elements.

In order to minimize the inconvenience for travelers and reduce their impact, operators have worked in various shifts, seven days a week, 24 hours a day.

1 Sánchez announces in Davos that Sweden and Finland... 2 A mother sells her car and falsely accuses her son... 3 Alicante pays tribute to the victims of the Bombing... 4 Òmnium takes the 'CatalanGate' to the United... 5 An SMS will notify chronic patients of the renewal... 6 Minors detained for the alleged gang rape of an 18-year-old... 7 Green light for the 4,058 extraordinary public employment... 8 Thor – Love and Thunder: naked as a worm, Chris... 9 A drunken British tourist attacks three national police... 10 A report places Castilla y León at the bottom in... 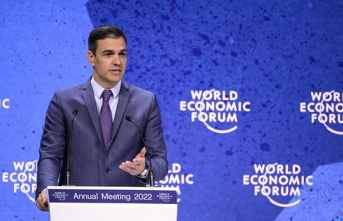 Sánchez announces in Davos that Sweden and Finland...