Jordi Cruz, criticized for defending that scholarship holders do not charge: "For them it is a privilege"

In the middle of May Day, the debate moves away from the streets to deal with a very widespread problem: the situation of apprentices in different professions. 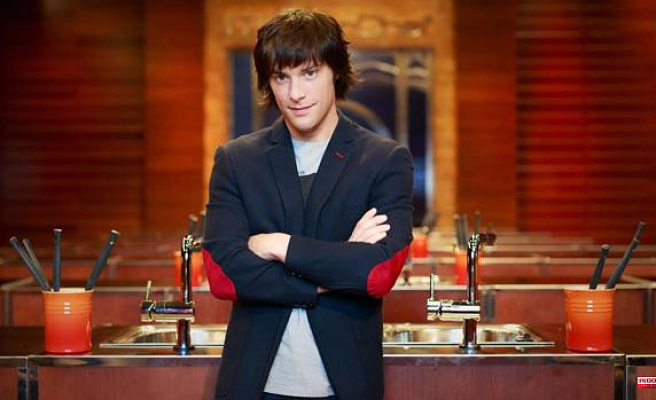 In the middle of May Day, the debate moves away from the streets to deal with a very widespread problem: the situation of apprentices in different professions. More specifically in the kitchens of the most luxurious restaurants in our country, thanks to some controversial statements made by chef Jordi Cruz.

Last week, in a conversation with the chef, "El Confidencial" focused on restaurants of the caliber of El Bulli, Martín Berasategui, Arzak, DiverXO or Celler de Can Roca, among others. The online newspaper marked them with this headline: "The misery of being an Adrià, Muñoz or Berasategui intern: 16 hours with sticks and no pay." He wasn't just talking about restaurants, he also pointed to television shows like MasterChef for spreading an unrealistic image of what happens inside a kitchen.

Days later, chef Jordi Cruz tried to defend himself by saying that he is “very envious when I see that someone comes from being in Martín Berasategui's kitchen, for example. You are learning from the best in a real environment, it is not costing you a penny and you get room and board. It's a privilege". "They are not slaves," Cruz pointed out while he reflected that paying all those interns at his ABaC restaurant would make the menu more expensive or they would have less staff and provide worse service. “I could only have 12 contract cooks and the service would be great, but if I can have 20 it will be even better. Both parties win. It is a 'you give me your hands and I teach you', he adds.

It seems that the words that the chef answered were not enough since this morning he used his social networks to try to clarify it again when seeing his name as a Trending Topic of the day «It seems incredible to me that some call 'Slaves' students with agreements that They decide to line up in my kitchen. You do not insult me ​​... », he published. However, his claim loses strength when seeing publications such as the one that the group "Los Chikos del Maíz" have rescued: "Jordi Cruz and his girlfriend buy a mansion for three million euros."

1 Three arrested for disorders in the Madrugá of Holy... 2 54% of Valencian schools choose the advanced level... 3 Eurovision, an opportunity to give a 'chanelazo'... 4 Scientists have grown plants in lunar soil 5 Doctors' strike: punctual suspension of some... 6 Mobility and security plan for San Isidro: street... 7 San Isidro 2022: ten curiosities about the popular... 8 A two-year-old baby falls from a fourth floor in Móstoles... 9 Itziar Yagüe: «My first album has saved me from... 10 General anger against Vox: he asks in Madrid to eliminate... 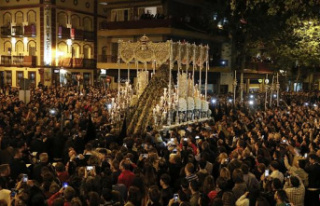 Three arrested for disorders in the Madrugá of Holy...