General anger against Vox: he asks in Madrid to eliminate the deputy councilors and appoints them in Castilla y León

Yesterday Vox fell for what is popularly known as 'the octopus' when he presented his non-law proposal (PNL) to reduce the size of the regional government structure by eliminating the deputy councilors and reducing the advisers and general directorates. 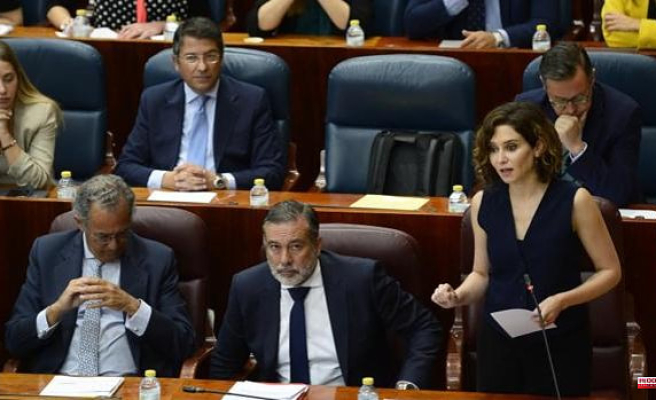 Yesterday Vox fell for what is popularly known as 'the octopus' when he presented his non-law proposal (PNL) to reduce the size of the regional government structure by eliminating the deputy councilors and reducing the advisers and general directorates. The measure was branded as "staging", "great lie that only seeks a headline", "demagogic" and "incoherent". Above all, he was reproached for asking the Government of Madrid to eliminate the figure of the deputy minister, while Vox was appointing three of them in his part of the coalition government with the PP in Castilla y León.

The paradoxical position of Vox had a bad defense, strictly speaking, but that of United We Can, despite its fierce criticism of the non-law proposal, did not have it any less - "they are in time to withdraw this nonsense," the deputy told them of the purple formation Jacinto Morano – ended up voting for it, “only – he explained – to save them the tweet”.

PSOE and Más Madrid were also very critical of Vox's proposal, and with what they consider submission to the PP government, despite which they ended up abstaining in the PNL vote. The PP was the only one that voted in line with its arguments in the debate on the measure. In the end, there were 22 supports for the initiative, 64 votes against and 45 abstentions.

The Vox deputy Íñigo Henríquez de Luna was responsible for defending the NLP. And he did it based on data: 21 deputy councilors, 136 senior officials, 59 general directors, 240 general deputy directors and 143 advisers are part of the regional Executive, an "oversized" government for which his group proposed to reduce structure. According to his calculations, reducing charges by 30 percent could save more than 18 million euros per year, an amount sufficient to “hire 629 new doctors, 4,625 dependency aids, 35,150 dining room scholarships, 11,715 university scholarships or 16,650 nursery vouchers. ", said.

He did not convince. No to the PP, which reproached him, through deputy Pedro Muñoz Abrines, for "falling into default: insisting on error" with a proposal that had only found an echo in "Marxist logic: that of Groucho Marx." But above all, he criticized him – as the rest of the groups did – for the “inconsistency of asking for the elimination of deputy councilors when Vox has just appointed three in Castilla y León, the first government it enters.” This is what happens, he concluded, "when you go from the muses to the theater," ironically saying that "you begin to see territorial discrepancies in Vox."

The socialist José Luis García Sánchez insisted that Vox always threatened the PP with these measures, but in the end, they ended up backing down: he reminded them that they had "a chance to do it" for the investiture of Díaz Ayuso or when approving their budgets, something they did "practically for free."

Eduardo Fernández Rubiño (Más Madrid) criticized that with Ayuso "spend 19 percent more in senior positions than in his previous government with Ciudadanos, when he had four more ministries." He already accused Vox of "having been complicit in this" because "they have the parliamentary key and have never used it, and at decisive moments they have lowered their ears." That is why, in his opinion, "this NLP is a scam."

Jacinto Morano, from United We Can, closed the equation: "Vox and the Marxist-Leninists are left alone."

1 Russia threatens Finland and the West with a nuclear... 2 Rocket: a white tide invades Place Bell 3 The Mets set the record straight 4 Maduro puts up for sale the companies that Chávez... 5 Green light to the credit with which Iberia will take... 6 Brussels asks that legal obstacles to renewables be... 7 C.R.A.Z.Y. will be released in the United States 8 Jeanick Fournier in the final of "Canada's... 9 Feijóo persists in reaching out to the Government... 10 Sánchez reinforces the Mossos with an extra 788 million... 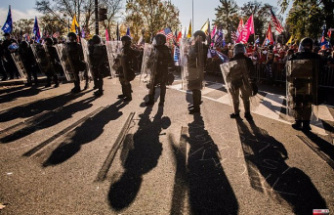 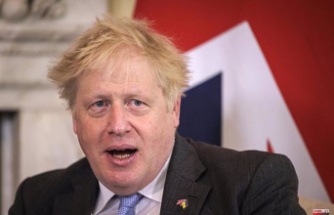 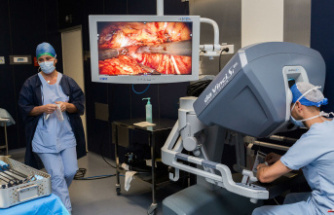 Russia threatens Finland and the West with a nuclear...