A tiny pot of soil, but a big step for space agriculture: scientists have, for the first time, grown plants in a few grams of lunar soil, reported decades ago by astronauts of the Apollo program. 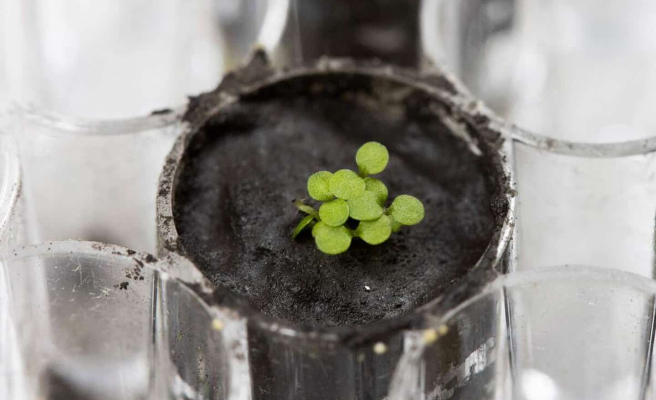 A tiny pot of soil, but a big step for space agriculture: scientists have, for the first time, grown plants in a few grams of lunar soil, reported decades ago by astronauts of the Apollo program.

This success fuels hopes that it may one day be possible to grow plants directly on the Moon. This would save future explorers numerous and costly loads aboard their rockets, for longer missions, further afield.

Much work remains to be done, however, before achieving this, show this work by researchers from the University of Florida, published Thursday in the journal Communications Biology.

"This research is crucial to NASA's long-term human exploration goals," NASA chief Bill Nelson said in a statement. “We will need to use resources on the Moon and Mars to develop food sources for future astronauts living in deep space.”

For their experiment, the researchers used only 12 grams of lunar soil (a few teaspoons), collected from different places on the Moon during the Apollo 11, 12 and 17 missions.

In tiny thimble-sized pots, they placed about a gram of soil (called regolith) each time, added water, and then the seeds. A nutrient solution was also added daily.

The plant used was the arabidopsis thaliana, chosen because it grows easily and, above all, because it has already been extensively studied: its genetic code, as well as the way it behaves in hostile environments - even in space - - are known.

Seeds were simultaneously planted in soil from our own Earth, and samples imitating lunar and Martian soil, to serve as a comparison.

Result: after two days, the seeds of the lunar samples germinated.

And “all the plants, whether in the lunar or control soil samples, looked alike until the sixth day,” said Anna-Lisa Paul, lead author of the study, in a statement.

But later, moon plants were found to grow slower and have stunted roots.

After 20 days, scientists harvested them and studied their DNA. They found that the lunar plants had responded in the same way as to a hostile environment, such as when a soil has too much salt, or heavy metals.

In the future, scientists want to seek to understand how this environment could be made more hospitable.

NASA is preparing to return to the Moon as part of the Artemis program, with the goal of establishing a lasting human presence there.

1 Doctors' strike: punctual suspension of some... 2 Mobility and security plan for San Isidro: street... 3 San Isidro 2022: ten curiosities about the popular... 4 A two-year-old baby falls from a fourth floor in Móstoles... 5 Itziar Yagüe: «My first album has saved me from... 6 General anger against Vox: he asks in Madrid to eliminate... 7 Russia threatens Finland and the West with a nuclear... 8 Rocket: a white tide invades Place Bell 9 The Mets set the record straight 10 Maduro puts up for sale the companies that Chávez... 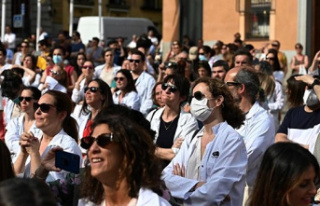 Doctors' strike: punctual suspension of some...