Doctors' strike: punctual suspension of some surgery despite 100% of minimum services

The third day of the indefinite strike by specialist doctors in Madrid hospitals continued like the previous days: the official follow-up figures are very low – 8. 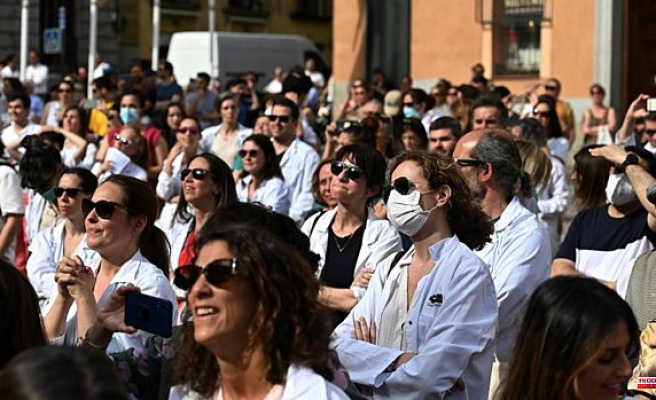 The third day of the indefinite strike by specialist doctors in Madrid hospitals continued like the previous days: the official follow-up figures are very low – 8.03 percent yesterday in the morning shift –, nothing strange if one takes into account that the minimum services are one hundred percent in units considered critical, such as dialysis, emergencies or surgeries. Despite this, some cases were reported -"specific" according to the Ministry- of surgeries suspended at the last moment, with patients already cited and prepared to enter the operating room, as ABC learned.

The minimum services -rejected by the conveners for considering them abusive- are 50 percent of the medical personnel who have an obligation to provide services every day of the strike, and one hundred percent in the critical and urgent units, which are dialysis, emergencies, resuscitation, critical care, hospitalization, operating rooms, pathological anatomy, oncology and AIDS day hospital, pharmacy, diagnostic imaging, laboratory, organ extraction and transplant, radiotherapy, hemodynamics, and admission and archive.

The latest proposal from the Ministry of Health, made to the unions of the Sectorial Table –among which is one of the callers of the strike– is to get places by merit competition for 1,600 doctors –within a package of 9,577 places in different categories professionals from the Madrid Health Service. It is, assured yesterday the Minister of Health, Enrique Ruiz Escudero, “ambitious” and the maximum allowed by law.

They insist in the Ministry that it is absolutely impossible to cancel the 3,247 positions of doctors from the public job offer for the years 2018 and 2019 that were published in December 2021, before the Temporary Law of the Government of Spain was approved, which establishes merit competitions for all those who hold a position continuously since before January 2016 without a fixed contract.

His proposal goes through counting the 23,049 places already published and convened – which will be awarded by opposition, that is, by examination – and the more than 9,000 that come out by merit competition, so that at the end of the process «the condition of permanent staff to more than 32,000 professionals of all categories, reaching a permanent target of 83 percent».

But the doctors calling the indefinite strike -Amyts, together with the Medical Platform and FEA No Fixed Madrid-MUD and SomosUrgencias SomosUNO- believe that the offer is insufficient, so they plan to continue with the strike, and not end it until that temporality does not end in your group. They recall that more than 52 percent of hospital specialist doctors and more than 85 percent of hospital emergency services doctors currently have temporary contracts.

1 Mobility and security plan for San Isidro: street... 2 San Isidro 2022: ten curiosities about the popular... 3 A two-year-old baby falls from a fourth floor in Móstoles... 4 Itziar Yagüe: «My first album has saved me from... 5 General anger against Vox: he asks in Madrid to eliminate... 6 Russia threatens Finland and the West with a nuclear... 7 Rocket: a white tide invades Place Bell 8 The Mets set the record straight 9 Maduro puts up for sale the companies that Chávez... 10 Green light to the credit with which Iberia will take... 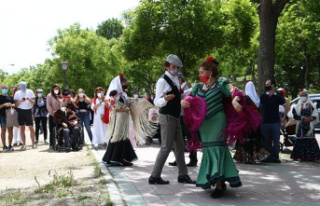