The Madrid City Council shields the surroundings of the Pradera de San Isidro, Las Vistillas and the Plaza Mayor to guarantee the safety of those attending the events in honor of the patron saint of the city, which take place this weekend. 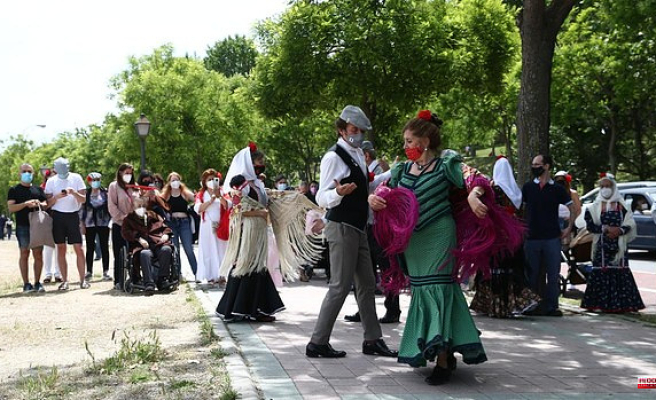 The Madrid City Council shields the surroundings of the Pradera de San Isidro, Las Vistillas and the Plaza Mayor to guarantee the safety of those attending the events in honor of the patron saint of the city, which take place this weekend. The device, in which the National Police will also collaborate, has the presence of 350 municipal agents who will pay special attention to the possible presence of youth gangs and thefts. In addition, to minimize the inconvenience caused by traffic cuts, there will be a reinforcement of EMT and Metro lines.

The agents, explained yesterday the delegate of Security and Emergencies, Inmaculada Sanz, will be deployed until Monday in the Pradera de San Isidro, the garden of Las Vistillas, Matadero and Plaza Mayor.

They will be joined by plainclothes police "to work unnoticed, preventing the commission of crimes such as robbery or street vending."

The Main Police Station of the West Zone will be in charge of the operation, with the collaboration of the Judicial Police and Security, Corporate Security and the Central Broadcasting Unit and Video Analysis. "Practically all sections of the Corps will participate in the plan, such as the canine, drones... And transversal units such as those of the districts," said Sanz. They will be joined by Samur-Civil Protection with an advanced health post, an advanced life support ambulance and two basic support ambulances in the meadow.

The municipal device is complemented by a special mobility plan with restrictions on road traffic. The Paseo de la Ermita del Santo will be affected between Vía Carpetana and Paseo de San Illán until the 19th. The entry of vehicles to refuel at the gas station in the area will be allowed, "selectively", unless there is a massive influx of visitors. From the Paseo de San Illán to the San Isidro bridge there will be cuts from midnight on Monday until 3 am on Tuesday.

On Calle del General Ricardos, up to Julián González, there will be a selective cut of the section during the time the activities are held, as well as on Avenida de la Emperatriz Isabel, from the Marqués de Vadillo roundabout, although entry will be allowed to residents.

The night service will also intensify its work on May 15 with reinforcements for the night network on the N15 line (stop at Calle de Antonio López), N16 (Paseo de la Ermita del Santo) and N26 (Calle del General Ricardos).

1 San Isidro 2022: ten curiosities about the popular... 2 A two-year-old baby falls from a fourth floor in Móstoles... 3 Itziar Yagüe: «My first album has saved me from... 4 General anger against Vox: he asks in Madrid to eliminate... 5 Russia threatens Finland and the West with a nuclear... 6 Rocket: a white tide invades Place Bell 7 The Mets set the record straight 8 Maduro puts up for sale the companies that Chávez... 9 Green light to the credit with which Iberia will take... 10 Brussels asks that legal obstacles to renewables be...

The murderer of the Lardero boy, transferred to Logroño for the declaration of two minors
BREAKING NEWS HEADLINES 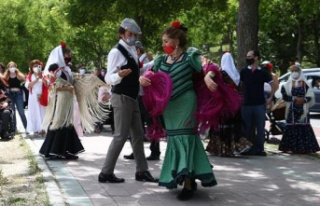