Eurovision, an opportunity to give a 'chanelazo' to the 'Marca España'

If Chanel Terrero, the Spanish representative in Eurovision, rises next Saturday with the glass microphone and wins the festival - unlike other years she is among the five great favorites in the bookmakers - not only would it make the thousands of Spanish eurofans who have not known the only two successes of Spain (in 1968 with the famous 'La, la. 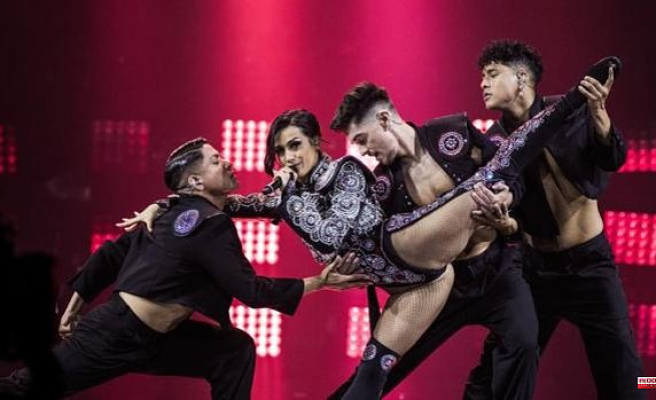 If Chanel Terrero, the Spanish representative in Eurovision, rises next Saturday with the glass microphone and wins the festival - unlike other years she is among the five great favorites in the bookmakers - not only would it make the thousands of Spanish eurofans who have not known the only two successes of Spain (in 1968 with the famous 'La, la...' by Masiel and the historic tie with France, the Netherlands and the United Kingdom the following year) otherwise we would be faced with the opportunity to organize one of the largest events with live music that last year saw more than 183 million viewers from 36 countries, according to estimates by the European Broadcasting Union (EBU).

In the opinion of EAE Business School professor Chelo Morillo, holding the festival in Spain (the only time it was in 1969 at the Teatro Real in Madrid) represents "a unique opportunity to create a country brand". In this regard, she speaks of "a double economic impact: the money that eurofans spend and the money that is produced on the image of the country", which is later collected in the form of more tourism and the attraction of new events. In addition to assuming the creation of hundreds of jobs. Morillo mentions the example of Lisbon, the capital of Portugal, which hosted the Festival in 2018 and which, according to estimates by the Association of Hotels, Restaurants and Similar of Portugal, represented a return of 100 million euros (accommodation, restaurants, commerce, airlines. ..). All this, compared to an organizational expense of 22 million euros.

For Morillo, Portugal is "doing its homework very well with regard to the country brand" and has recalled that future visitors work based on labels. In this sense, he recalled that cities now compete "to position themselves in the eyes of the world and raffle to be able to host massive events." In his opinion, Spain could take advantage of the media attention on the festival "to create interest in the country." Morilla has been in favor of if the victory falls on our side on Saturday «create a country or city branding campaign so that in a short time people get an idea of ​​you».

In this regard, there are already two candidate cities to host the festival in 2023: the city of Valencia and Torremolinos (Málaga). The first to shoot was the mayor of the Turia capital who on May 6 addressed himself through his Twitter account welcoming the eurofans, in case Spain won this edition. "It is a matter of will, not money," concluded the mayor. In the case of Italy, this year, Turin had to compete with a dozen or so applicant cities before being selected by Rai, the country's public television.

For Morillo (EAE Business School) the Eurovision audience is eminently young - between 15 and 40 years old - «Spain is positioned as one of the countries that holds the most musical events and receives the greatest economic and tourist impact for it», this expert pointed out . From the consulting firm PwC (PriceWaterhouse Cooper`s), in its report 'Entertainment

1 Scientists have grown plants in lunar soil 2 Doctors' strike: punctual suspension of some... 3 Mobility and security plan for San Isidro: street... 4 San Isidro 2022: ten curiosities about the popular... 5 A two-year-old baby falls from a fourth floor in Móstoles... 6 Itziar Yagüe: «My first album has saved me from... 7 General anger against Vox: he asks in Madrid to eliminate... 8 Russia threatens Finland and the West with a nuclear... 9 Rocket: a white tide invades Place Bell 10 The Mets set the record straight 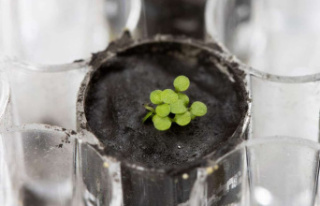