Jokic does it, criticism of Irving: US stars only watch the MVP election 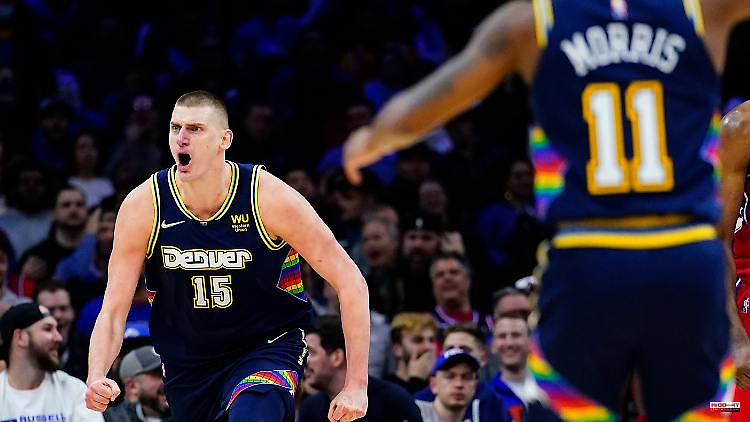 Serbian Nikola Jokic is 27 years old. The NBA pro fills the pages of his bio, preparing for the times when he will be "old, fat and grumpy." In a historic election, he is once again named the most valuable player in the world's top basketball league.

Nikola Jokic has been voted the most valuable player in the North American basketball professional league NBA for the second time in a row. The 27-year-old Serbian superstar from the Denver Nuggets received 875 points in the prestigious poll of 100 international sports journalists, relegating Joel Embiid (706 points/Philadelphia 76ers) and Giannis Antetokounmpo (595/Milwaukee Bucks) to second and third place.

"Now I don't think about the awards. But I'll probably remember it when I'm old, fat and grumpy. And I'll tell my kids," said Jokic.

The 7-foot-1 center, who has averaged 27.1 points per game, 13.8 rebounds and 7.9 assists for the already-eliminated Nuggets this season, is the second European and 15th player in the NBA history who has won multiple MVP awards. This feat was most recently achieved by Antetokounmpo, who won the award in 2019 and 2020.

This year, for the first time, the top 3 in the election are not all from the USA. Jokic is Serb, Embiid is from Cameroon, Antetokounmpo from Greece. The best-placed US professional is Devin Booker (216 points) from the Phoenix Suns in fourth place, while Slovenia's Luka Doncic (146/Dallas Mavericks) was fifth.

Meanwhile, basketball star Kyrie Irving could leave the Brooklyn Nets after dropping out early in the NBA playoffs. This was indicated by General Manager Sean Marks at a press conference on Wednesday. "It would be unfair of me to comment on the current status between Kyrie and us. But to be completely frank, he has some decisions to make for himself," said Marks.

He added, "We're looking for players who want to be here and be a part of something bigger than themselves, who play selflessly, who play team basketball and who are available. Not just for Kyrie, it's for everyone."

The 30-year-old Irving had missed large parts of the season because he had not been vaccinated against the corona virus. He was only able to make his season debut in January, but was initially only allowed to play away from home. Irving only played 29 games in the regular season, while the Nets lost 4-0 to the Boston Celtics in the first round of the playoffs. Irving's contract is up and he has a player option for an extension that would net him $36.5 million. The Los Angeles Lakers around superstar LeBron James are considered a potential prospect for Irving after the missed playoffs. 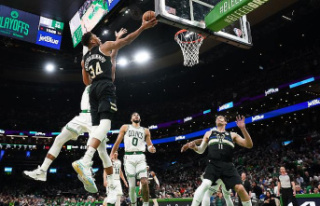