The family photograph of the G-7 summit gave Saturday for many jokes. 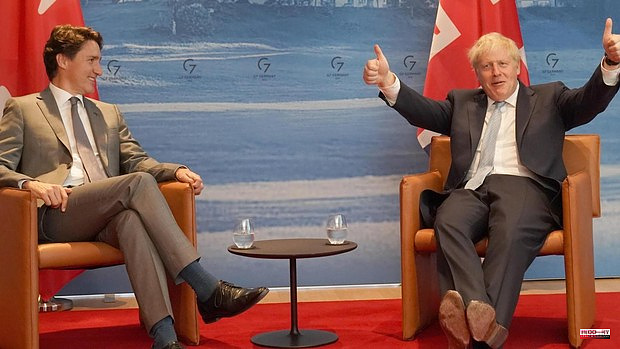 The family photograph of the G-7 summit gave Saturday for many jokes. British Prime Minister Boris Johnson suggested lightening clothing for photographers. With or without shirts? We have to show that we are tougher than Putin," he said, referring to propaganda images of the Russian president in which he poses bare-chested, "let's show our pecs!"

In response to the joke, Canada's Prime Minister Justin Trudeau followed up on the joke, proposing "a bare-chested horseback display." "Horse riding is a good option," settled the president of the European Commission, Ursula von der Leyen, who avoided commenting on the clothing issue.

This Sunday is the first of the three days of the G-7 summit held in Elmau, in the German Alps, a meeting that precedes the NATO summit scheduled for Wednesday and Thursday in Madrid.

1 The G7 will invest 600,000 million in infrastructure... 2 Castilla-La Mancha transfers to the Government seven... 3 The Corpus Chico de León is 'launched'... 4 Palomeque celebrates its patron saint festivities... 5 The fire of the stacked chairs of a bar in Valladolid... 6 Eight floats parade in the Cavalcade of the Festivities... 7 Agreements with 11 municipalities to open school canteens... 8 The mayor of a town in Barcelona dies after two straw... 9 The unknown Zelenski is resolved at the Madrid Summit:... 10 The Urbania, fifth after the long regatta of the ORC... 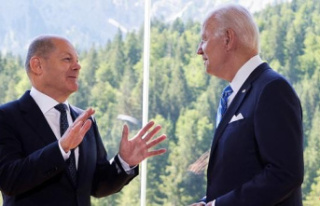