The family photo at the start of the G-7 summit gave many jokes on Saturday. 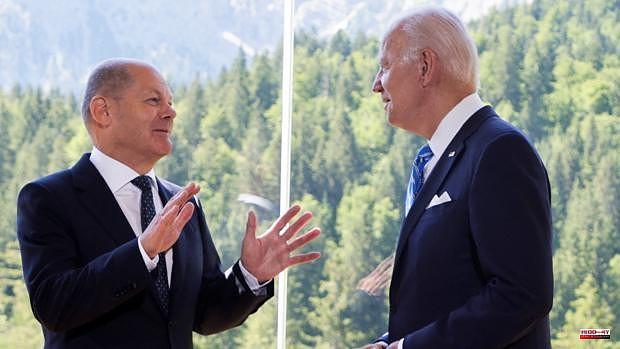 The family photo at the start of the G-7 summit gave many jokes on Saturday. Boris Johnson suggested lightening clothes for photographers. With or without shirts? We have to show that we are tougher than Putin," he said, referring to propaganda images of the Russian president in which he poses bare-chested, "let's show our pecs!" Canadian Prime Minister Justin Trudeau followed up on the joke, proposing "a bare-chested horseback display" for his part. "Horse riding is a good option," settled the president of the European Commission, Ursula von der Leyen, who avoided commenting on the clothing issue.

But the fact is that inside the halls of the castle of Elmau the tone was much more serious from the beginning.

Johnson warned against attempts to find a negotiated solution that "could prolong global instability," a slap on the face of the phone calls that German Chancellor Olaf Scholz and French President Emmanuel Macron have had with President Putin. Since the beginning of the invasion, the British prime minister has rejected any dialogue with the "dictator" and "has stressed that any attempt to settle the conflict now will only serve to make Putin believe in the right to manipulate sovereign countries and international markets. forever," said a British government spokesman.

The wake-up call came a bit late, as Scholz has already publicly broken off those talks, although the delegations exchanged views on the question of whether or not Russia will be invited to the next G-20 meeting, to be held in November. In a bilateral with Macron, Johnson tried to lead the Frenchman down the path of total exclusion from Putin, thus reinforcing an image of unity that will be put to the test from now on. "We must have very, very frank talks," he told British media, "Macron and I have agreed that we are at a critical moment in the evolution of the conflict." "Realistically, there is going to be a certain tiredness of the population and of the political classes," he referred to the prolonged inflation and the exhaustion of public opinion, and stressed that "a Russian victory will do us much more harm than inflation ».

The first session focused precisely on the energy crisis and inflation. “There is a fall in growth rates in some countries, an increase in inflation, shortages of raw materials and interruption of supply chains”, stated the German Scholz, “all these are not small challenges, but I am very, very very confident that we will succeed in sending a signal of unity and decisive action from this summit."

The second session was dedicated to investments in global infrastructure, such as ports, railways, power grids and health care. In this framework, a great plan promoted by the United States was agreed to counter China's advance. The initiative, which will mobilize 600,000 million dollars and baptized by the White House as "Collaboration for Global Infrastructure and Investment", aims to promote development in low- and middle-income countries, to strengthen the global economy and the supply chain. To do this, a public-private fund will be created to which the US will contribute at least 200,000 million over five years and which will finance climate protection and energy security projects, such as battery manufacturing plants, as well as technology expansion 5- G and 6-G and investments in health improvements, vaccines and medical equipment. An example is the 17,000 kilometer submarine cable that the US company SubCom will build to link Sigapur to France, passing through Egypt and the Horn of Africa. It is about competing with Chinese projects such as the modern Silk Road and will promote growth in countries such as Angola or Senegal.

The dinner was reserved for foreign and security policy. Scholz advanced that "the unity in solidarity with Ukraine will be total" and that "Germany will always act jointly with the United States." "We have to stay together," he said in Biden's presence. At that time, Germany no longer counted on the success of its proposal on a temporary abandonment of biofuels, which consume resources that can be used for food, due to the resistance of the United States and Canada, while the agreement for the prohibition prospered the purchase of Russian gold, the second largest Russian export product after energy. Biden promoted a cap on the price of imported Russian oil and, at the close of this edition, only the president of the European Council, Charles Michel, was waiting to "know data on the possible direct impact and secondary effects of the measure", in addition to requesting urgently "deeds, not words" against the blockade of the Black Sea ports. Michel accused Putin of being "playing the hunger games".

1 Castilla-La Mancha transfers to the Government seven... 2 The Corpus Chico de León is 'launched'... 3 Palomeque celebrates its patron saint festivities... 4 The fire of the stacked chairs of a bar in Valladolid... 5 Eight floats parade in the Cavalcade of the Festivities... 6 Agreements with 11 municipalities to open school canteens... 7 The mayor of a town in Barcelona dies after two straw... 8 The unknown Zelenski is resolved at the Madrid Summit:... 9 The Urbania, fifth after the long regatta of the ORC... 10 Javier Gayo's "Yamamay" confirms the... 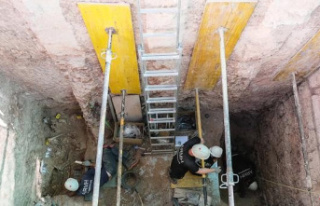