Castilla-La Mancha has proposed to the Secretary of State for Democratic Memory, under the Ministry of the Presidency, the realization of a total of seven research projects and exhumation of various graves identified in the region. 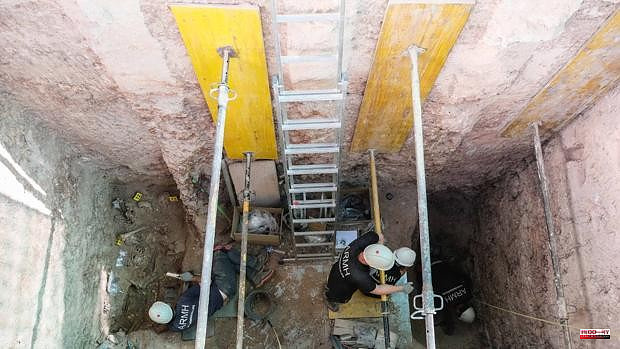 Castilla-La Mancha has proposed to the Secretary of State for Democratic Memory, under the Ministry of the Presidency, the realization of a total of seven research projects and exhumation of various graves identified in the region.

These actions will be carried out within the framework of collaboration established by the Four-Year Plan 2020/2024, launched by the Government of Spain and by which 3 million euros are distributed annually among the autonomous communities for this purpose. For this year 2022, according to the agreement of the Democratic Memory Sectorial Conference held in April, Castilla-La Mancha corresponds to 260,000 euros for these actions.

Specifically, these are seven proposals that have been given the green light by the Advisory Council for Democratic Memory of Castilla-La Mancha, meeting this Friday electronically, and which include work on the location, exhumation and identification of victims in four municipalities of the Autonomous Community.

Two of these projects continue the work started last year. Specifically, the Manzanares project (Ciudad Real), in which a first grave was already excavated in 2021, where the bodies of 13 murdered people were recovered, and which is intended to be given a significant boost this year, with the aim of be able to complete the exhumation, whose estimate could reach 288 victims, between this year and 2023. The other project is the exhumation of a grave in Tembleque (Toledo), in which preliminary investigation work was already carried out last year.

Likewise, the Advisory Council has given its approval to two other projects proposed by different Democratic Memory associations and whose purpose is to complete research work or draft projects, one of them related to the graves of the Pajaroncillo cemetery (Cuenca) and the other with the existing grave in the municipal cemetery of the Albacete town of La Roda.

Projects to which must be added other actions that the regional government has transferred to the central Executive and that focus on continuing with the preparation and updating of the Regional Map of Pits of Castilla-La Mancha, as well as in the research activity and dissemination to develop in collaboration with the University of Castilla-La Mancha and the University of Alcalá de Henares.

In this exercise, this Framework Agreement is strengthened, covering new projects and expanding the action of the UCLM also to the field of location, exhumation and identification of victims.

1 The Corpus Chico de León is 'launched'... 2 Palomeque celebrates its patron saint festivities... 3 The fire of the stacked chairs of a bar in Valladolid... 4 Eight floats parade in the Cavalcade of the Festivities... 5 Agreements with 11 municipalities to open school canteens... 6 The mayor of a town in Barcelona dies after two straw... 7 The unknown Zelenski is resolved at the Madrid Summit:... 8 The Urbania, fifth after the long regatta of the ORC... 9 Javier Gayo's "Yamamay" confirms the... 10 Gunnar Biniasch makes history by winning the first... 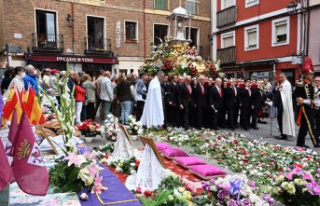