The participation of the President of Ukraine, Volodímir Zelenski, in the NATO Summit in Madrid "will be by videoconference, that is, he will participate remotely", as reported by official NATO sources to ABC. 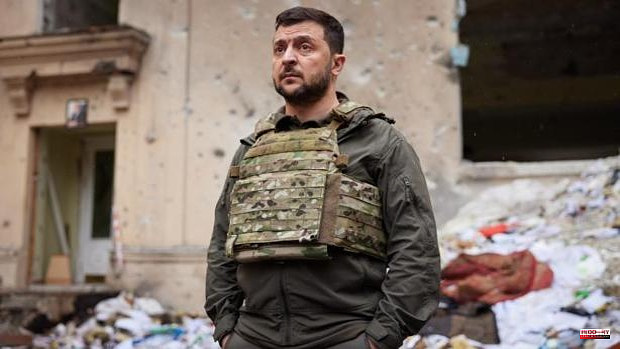 The participation of the President of Ukraine, Volodímir Zelenski, in the NATO Summit in Madrid "will be by videoconference, that is, he will participate remotely", as reported by official NATO sources to ABC.

Although the Government was pending "until the last moment" about his possible visit, which would have been his first trip outside of Ukraine after the Russian invasion on February 24, his intervention was finally on Thursday morning (10 a.m.), at the meeting of the North Atlantic Council meeting at Ifema will be from kyiv.

Georgian President Salomé Zurabishvili will be present at that meeting.

Obviously, Zelensky will ask the 30 NATO countries to support their armed forces more decisively in the war they are waging in their country, especially now in the eastern Donbass area.

This weekend he has made a call for air defense missiles to be sent. More heavy weapons (tanks, fighters, missiles...) is another of its demands.

Just today, and after the launch of missiles on kyiv coinciding with the G-7 Summit in Elmau castle (southern Germany), Zelensky stated that the Russian missiles are an "argument" in the country's negotiations with partners , in the fifth month of war, since the invasion began on February 24 by order of Russian President Vladimir Putin.

“No Russian missile, no attack can break the spirit of the Ukrainians. And each of its missiles is an argument in our negotiations with partners," Zelenski said in statements collected by Europa Press.

“This is a morally difficult stage of the war. We know that the enemy will not succeed, we understand that we can still defend our state, but we do not see the time limits. We do not feel how many blows, losses, more efforts will be necessary before we see that victory, which is already on our horizon, "said the Ukrainian leader.

Likewise, Zelensky has recalled that he will participate in the G7 summit and the NATO summit, where he will reiterate that the sanctions packages against Russia are not enough and that Ukraine needs more military assistance.

Ukraine "needs more than any other place in the world" the "modern systems that our partners have," he said.

1 The Urbania, fifth after the long regatta of the ORC... 2 Javier Gayo's "Yamamay" confirms the... 3 Gunnar Biniasch makes history by winning the first... 4 Alfredo González and Cristian Sánchez, winners of... 5 A parade in Cabezón raises funds for people with... 6 These are the cheapest hours of electricity this Monday,... 7 Jordan Díaz breaks his triple jump Spanish record... 8 The hated leader: Russian Nepomniachtchi becomes a... 9 Ferran Soriano, executive director of Manchester City,... 10 Morocco digs 21 graves to bury immigrants killed in... 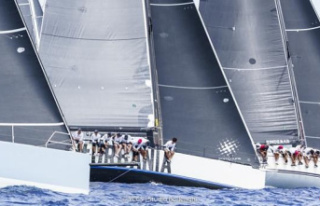