The president of the German Federal Network Agency, Klaus Müller, fears a total interruption of the Russian gas supply from July 11. 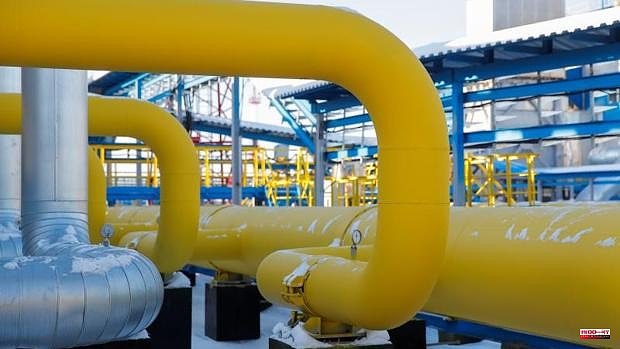 The president of the German Federal Network Agency, Klaus Müller, fears a total interruption of the Russian gas supply from July 11. On that date, the regular maintenance work on the Nord Stream 1 gas pipeline begins, which usually lasts ten days, but given the geopolitical situation, he suspects that it may be used as an excuse by the Russian giant Gazprom to cut off the flow, because in recent weeks similar pretexts have been used to subtract 60% of deliveries.

Müller hopes that it will become "a lasting political decision" and has called for a general review of gas boilers throughout the country to optimize their operation and maximize savings in consumption.

"Maintenance can reduce gas consumption by 10% to 15%," he said, "and it has to happen now and not in the fall." In case of being forced to decree gas rationing next winter, "the food and pharmaceutical industries will be a priority, we will take as criteria the commercial damage, the economic damage, the social consequences and also the technical requirements of the operation of the network of gas”, he has advanced.

The Minister of the Economy and Climate, Robert Habeck, who shares this fear, has recommended that companies buy emergency power generators and that the generators have a 72-hour bridging time, according to a parliamentary response from the Secretary of State for Economic Affairs Patrick Graichen (Greens) to CSU MP Stephan Pilsinger.

Habeck has also announced that he expects to receive Norwegian gas from 2024 to supply the Russian supply. “It is highly recommended to equip with emergency power generators for operators of critical infrastructure.” "Companies are now looking at projects to be able to increase their gas supplies from 2024 and 2025", confirmed Terje Aasland, Norwegian Minister for Oil and Energy, "the crisis in the energy sector will have long-term effects, so we need focus on investing in new gas production capacity.”

Companies, for their part, are beginning to take their own measures. Consumer goods maker Henkel will temporarily reintroduce telecommuting "to significantly reduce temperatures in offices," according to its president, Carsten Knobel. In addition, the group wants to use more coal and oil at its company-owned power plant in Düsseldorf, which currently runs mainly on gas. "Compared to the current operation, we could save almost a third of the gas," he reports, pending approval from the Federal Network Agency.

And city councils are preparing citizen rationing measures, like the one in Hamburg, which is considering rationing hot water for private households in the event of a supply bottleneck. This has been explained by the regional senator for the Environment Jens Kerstan, of the Greens party: “In a situation of acute gas shortage, hot water could only be available at certain times of the day in an emergency and a general reduction could be considered. of the maximum ambient temperature in the district heating network'. For technical reasons, it will not be possible everywhere and Kerstan anticipates that it will be necessary to distinguish between commercial and private clients.

1 Calviño once again sits unions and CEOE to negotiate... 2 Joint solutions to meet the global challenge of sustainability 3 The Swan World Cup arrives in Valencia with a high-level... 4 Real Madrid dispenses with Laso, legend of the white... 5 Wide Spanish representation in the European 49er and... 6 Fernando Lamadrid Rodríguez, European Windsurf Champion 7 Rain hampers the search for missing glacier avalanche... 8 Putin declares victory over the Luhansk region in... 9 These are the numbers that Pablo Laso leaves as coach... 10 Complete guide to the lighthouses of Andalusia 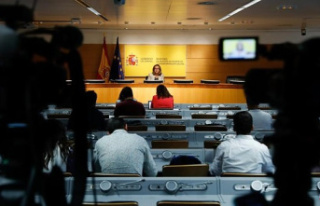 Calviño once again sits unions and CEOE to negotiate...