Real Madrid dispenses with Laso, legend of the white bench

Pablo Laso will not be Real Madrid's coach next season. 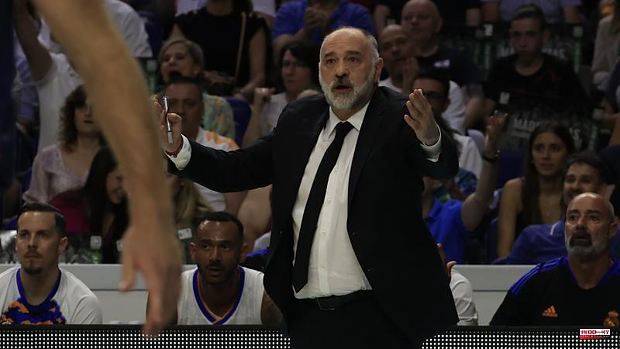 Pablo Laso will not be Real Madrid's coach next season. This has been communicated by the board to the coach, who will leave the white bench after eleven years and leaving 22 titles in the windows. An unexpected ending that will bring a tail, as Laso felt healthy to continue at the helm, which contrasts with the opinion of the club, which did not look favorably on keeping him in the position after having suffered a heart problem on June 5.

The goodbye, which is not yet official, will leave Chus Mateo - Laso's right-hand man in recent years - as Real Madrid's new coach for next season. It will be confirmed once the appropriate explanations for the dismissal of the Basque are offered.

As ABC has learned, the club fired the team doctor, Miguel Ángel López, in recent days after he refused to sign the Basque coach's sick leave. This fact agrees with the information already provided by this newspaper in which they spoke of the good state of health of Laso, whose ailment at the beginning of June had not been so serious.

The rapid action of the doctors had meant that the technician's heart problems did not go any further and the tests carried out in recent days would have corroborated that extreme.

It will be in the next few days when the coach exposes his version of the events, as he feels disappointed with the board's decision. Laso was convinced that he could continue, even more so after the latest medical check-ups, as confirmed by sources close to the coach.

The club had offered Laso to remain linked to the technical part of the team in some way, but the Basque has declined the offer and has reached an agreement to disassociate himself from Madrid. His intention now is to look for a new team, although at this point most of the teams have already closed their bench.

1 Wide Spanish representation in the European 49er and... 2 Fernando Lamadrid Rodríguez, European Windsurf Champion 3 Rain hampers the search for missing glacier avalanche... 4 Putin declares victory over the Luhansk region in... 5 These are the numbers that Pablo Laso leaves as coach... 6 Complete guide to the lighthouses of Andalusia 7 The new discounted dress of Queen Letizia in Barcelona 8 Manuel Lara, producer of Bad Bunny: "Collaborations... 9 Presented the posters of Palencia, "a fair of... 10 US: Israelis likely to have fired the shot that killed... 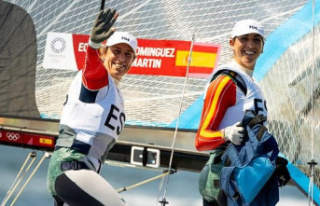