The city of Valencia becomes the focus of attention this week with the arrival of one of the most anticipated events of the ClubSwan Racing season, the Swan One Design Worlds, the World Championship of the class. 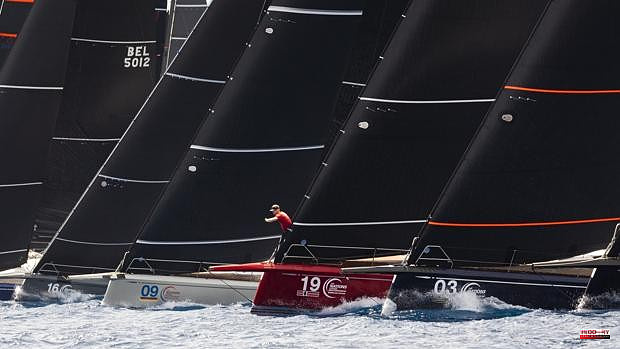 The city of Valencia becomes the focus of attention this week with the arrival of one of the most anticipated events of the ClubSwan Racing season, the Swan One Design Worlds, the World Championship of the class.

An event that puts the title of world champion in 2022 at stake and in which three classes of one designs - ClubSwan 36, ClubSwan 42 and ClubSwan 50 - will compete to win the coveted trophy.

Organized by the Real Club Náutico de Valencia, Swan One Design Worlds brings together the Nautor's Swan family, and will be a meeting point for the best professional sailors and passionate Corinthian class sailors.

"The Swan One Design Worlds is a showcase of talent, a regatta that brings together the competitive and diverse community behind the ClubSwan Racing experience," said Federico Michetti, Director of Sports Activities for ClubSwan Racing.

"The city of Valencia and the Real Club Náutico de Valencia have offered a warm welcome to the ClubSwan family which, for the first time this year, includes boats from Switzerland, Spain and France in the Nations League."

With nine crew members and sailing under the French flag, Raving Swan is a new addition to the ClubSwan 42 class that signs its first appearance on the ClubSwan Racing 2022 circuit in Valencia.

With the aim of promoting the Corinthian spirit class, the owners of the ClubSwan 42 class have agreed to apply a rule that gives special importance to crews made up of women, those under 26 years of age or direct members of the same family.

In the case of Raving Swan, Jerome Stubler participates every year in the Copa del Rey together with his sons Hugo and Oscar, his wife Nathalie, their daughter and other family friends. The Raving Swan team has already put in a consistent performance in 2021 that earned them victory in the ClubSwan 42 World Championship on their debut.

"We have high expectations after last year, we are looking forward to the challenge and to racing again with the other 42," said Stubler. "The ClubSwan Racing team is adept at putting on world-class racing, and the great atmosphere on land is part of the experience as well. We're very excited," he added.

Also competing in this class are the German Peter Finis' Dralion, who sails with his wife Petra, and the Italian Canopo, whose new owner, Adriano Majolino, is delighted to make his ClubSwan 42 debut.

The biggest class in the World Cup

The powerful fleet of 16 ClubSwan 50 units -the largest in the world- has been joined this year by the new owner Enis Ersu, at the helm of Xai Vision, as well as the Spanish vessel Tenaz.

"It's great to be racing again and it's wonderful to be able to do it in local waters here in Valencia," commented Tenaz owner Pablo Garriga. "ClubSwan Racing is an exciting competition and we will have to work hard in a fleet with such a high level," added Garriga, who in addition to being a committed sailor is the Commodore of the Real Club Náutico de Barcelona.

On the other hand, the ultra-competitive fleet of ClubSwan 36 welcomes this year the Italian Far Star and the Turkish boat Facing Future, whose owner Mehmet Taki will try to make his 2021 world championship result go down in history.

"We knew the ClubSwan 36 class was going to be fun and very, very competitive, just like it was at last year's worlds when we were at the bottom of the standings with Bracing Breeze," says Taki.

"We've worked hard, learned some lessons and earned a podium place in the Tuscany Challenge, so we head to Valencia in high spirits and hoping for a great regatta."

Just before the Swan One Design Worlds, the Real Club Náutico de Valencia has been the venue for the Trofeo SM la Reina, which has offered a great opportunity to the participants of the world championship to practice with their crew members, an opportunity that two of those registered in this World Championship, Tenacious and Spirit of Nerina.

The president of RCN Valencia, Marisa Arlandis commented that "the entire team of the Real Club Náutico de Valencia is looking forward to welcoming the owners and crews that participate in the Swan One Design Worlds. We are working to exceed all expectations".

One of the most anticipated land-based events of the Swan One Design Worlds will be the Opening Ceremony and Cocktail Party to be held tomorrow, Tuesday 5th July - with wine from the Swan Club's sparkling sponsor, Ferrari Trento - to toast after the practice race. to be held on the same day.

Another unavoidable meeting will be the shipowners' dinner to be held on Friday 8 July in the City of Arts and Sciences, the imposing cultural and architectural complex designed by Santiago Calatrava, which has many admirers among the participants who visit Valencia for the first time time. The following night will be the crew dinner and the trophy ceremony, again with Ferrari Trento sparkling wines.

Swan One Design Worlds will feature four days of competition, from Wednesday July 6 to Saturday July 9, with 10 events scheduled.

1 Real Madrid dispenses with Laso, legend of the white... 2 Wide Spanish representation in the European 49er and... 3 Fernando Lamadrid Rodríguez, European Windsurf Champion 4 Rain hampers the search for missing glacier avalanche... 5 Putin declares victory over the Luhansk region in... 6 These are the numbers that Pablo Laso leaves as coach... 7 Complete guide to the lighthouses of Andalusia 8 The new discounted dress of Queen Letizia in Barcelona 9 Manuel Lara, producer of Bad Bunny: "Collaborations... 10 Presented the posters of Palencia, "a fair of... 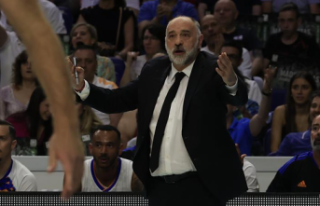