Wide Spanish representation in the European 49er and FX

The European Championship of 49er, FX and Nacra 17 that takes place this week in Aarhus, Denmark, will have a large Spanish participation: eleven crews will compete divided between the three classes. 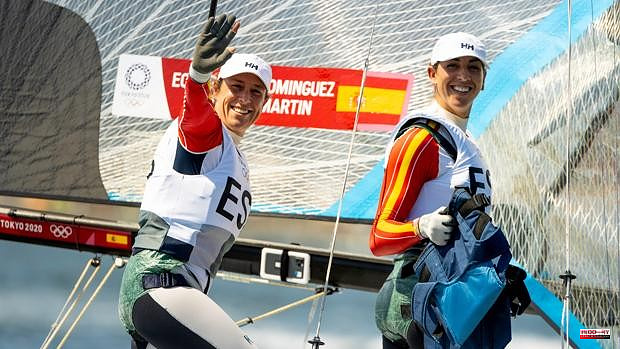 The European Championship of 49er, FX and Nacra 17 that takes place this week in Aarhus, Denmark, will have a large Spanish participation: eleven crews will compete divided between the three classes. Among the national entries, Diego Botín and Florian Trittel stand out, who have just finished second in the Kiel week and will face their first test for the continental title as a team. In addition, this regatta will mean the return to competition of Támara Echegoyen and Paula Barceló after passing through Tokyo 2020.

A total of six boats will represent Spain in the 49er class, with the crews of the pre-Olympic team as the main asset. Botín and Trittel started sailing together after the Tokyo 2020 Games and are already the national reference boat.

Along with them, as part of the pre-Olympic sailing team, Andrés Barrio and Antonio Torrado compete, who will seek to improve the thirteenth position of the 2021 European Championship.

The Spanish teams formed by Albert Torres and Elías Aretz will also compete in the 49er; Conrad Konitzer and Fernando Rodriguez; Pol Marsans and José Manuel Ruiz; and the brothers Martín and Jaime Wizner.

In 49er FX, the European Championship will serve as the starting point for Támara Echegoyen and Paula Barceló's campaign towards Paris 2024. The tandem that represented Spain in Tokyo 2020, remaining just outside the podium, has spent several months combining training in Santander and university undergraduate and postgraduate studies.

For their part, Patricia Suárez and María Cantero, a team that began their campaign in April 2021, together with Echegoyen and Barceló form the pre-Olympic squad. In addition to these two crews, Marina Garau and Carlota García, and Alicia Fras and Elena Barrio will also compete.

In Nacra 17 the Spanish representation will fall on the team formed by Iset Segura and Marcos Fernández, members of the National Plan for Sports Technology of the RFEV.

The European Championship for 49er, FX and Nacra 17, which began on Friday, July 1 with measurements and training, will start at sea tomorrow, Tuesday, July 5, with the dispute of the first tests and will end on Sunday 10 with the Medal Race, final regatta reserved for the top 10 of each class.

1 Fernando Lamadrid Rodríguez, European Windsurf Champion 2 Rain hampers the search for missing glacier avalanche... 3 Putin declares victory over the Luhansk region in... 4 These are the numbers that Pablo Laso leaves as coach... 5 Complete guide to the lighthouses of Andalusia 6 The new discounted dress of Queen Letizia in Barcelona 7 Manuel Lara, producer of Bad Bunny: "Collaborations... 8 Presented the posters of Palencia, "a fair of... 9 US: Israelis likely to have fired the shot that killed... 10 A councilor from Fuerteventura was sentenced for a... 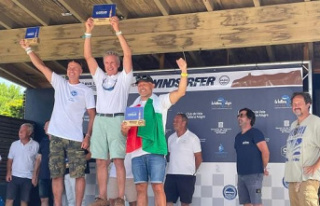