Two months after the bilateral negotiations between CEOE and the unions to offer consensual recommendations for collective bargaining in 2022 ran aground without an agreement, the Government has decided to take action on the matter to reopen the dialogue between the social agents to achieve that long-awaited 'rents pact' in the face of the manifest inability to contain the escalation of prices in Spain. 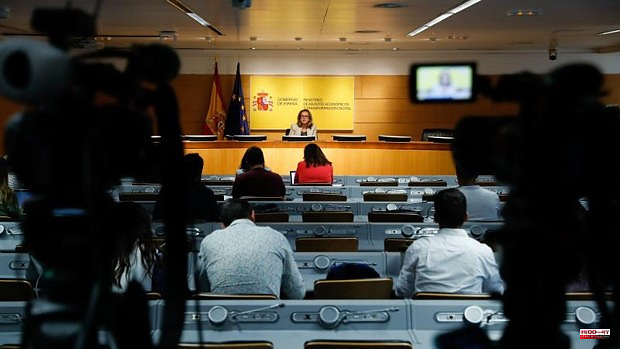 Two months after the bilateral negotiations between CEOE and the unions to offer consensual recommendations for collective bargaining in 2022 ran aground without an agreement, the Government has decided to take action on the matter to reopen the dialogue between the social agents to achieve that long-awaited 'rents pact' in the face of the manifest inability to contain the escalation of prices in Spain. The first vice president of the Government, Nadia Calviño, announced this Monday the reactivation next Wednesday of the tripartite Dialogue Table with unions and CEOE created to monitor the measures included in the Recovery Plan - forgotten for weeks - to address again the possibility of an income agreement that sets the expectations of salary increases for this year and also for the following.

Calviño has announced the holding of this meeting in an unusual press appearance after the meeting of the Economic Advisory Council created in the midst of the pandemic - the first after eight meetings of the forum -, during which it was spoken, according to the summary made by the vice president , of the need for this pact to introduce "a principle of moderation that affects all income in our economy".

According to the Vice President, the Government has already made an important contribution to contain the evolution of prices with its packages of measures with tax reductions, bonuses and social aid to contain the rise in prices and protect the most vulnerable segments of the economy, whose cost has been evaluated at one point of GDP (around 12,000 million euros) and whose effect has been valued at 3.5 points less than inflation. Now, therefore, it seems the turn has come for the social agents to do the same.

The call to CEOE and unions by the Government comes after prominent members of the leadership of the business organization, such as the president of the Catalan employers' association, Josep Sánchez Llibre, urged the Government just a few days ago to take the initiative to guarantee an income pact, after inflation surpassed the psychological barrier of 10% last June for the first time in almost forty years.

The data blew up the government's story that inflation would have peaked in March (9.8%) and would have begun a slight decline towards normalization. The change in the ECB's discourse that has delayed the return to equilibrium levels of 2% until 2024 and that predicts that inflation will remain at current levels until the end of the year has precipitated the shift in government discourse from the optimism that it underlined the impregnable strength of the Spanish recovery and the transitory nature of the inflationary episode leading to greater caution.

Calviño assured this Monday that the current scenario points to a persistence of high levels of inflation and lower growth "throughout Europe", although he flatly rejected that in the meeting with the group of 17 experts in different disciplines that make up the The Vice President's Advisory Council has spoken the word recession. This is, however, foreseen in the stress scenarios managed by the ECB and whose main premise is the possibility, not remote, that Russia will close the gas tap to Europe next autumn, coinciding with the arrival of the cold and the increase in of the demand for this raw material.

The most that the vice president has dared to assure is that "complex quarters" await Spain for which it has to start preparing. It is not idle to remember that one of the boxes that accompanied the last economic report of the European Central Bank, the one that warned of the risk of recession in 2023 if Russia closed the gas tap, speculated on the impact on the euro economies of a scenario of non-moderation of wages. The result was more inflation and less growth. The fear of the so-called second-round effects of inflation remains very present.

1 Joint solutions to meet the global challenge of sustainability 2 The Swan World Cup arrives in Valencia with a high-level... 3 Real Madrid dispenses with Laso, legend of the white... 4 Wide Spanish representation in the European 49er and... 5 Fernando Lamadrid Rodríguez, European Windsurf Champion 6 Rain hampers the search for missing glacier avalanche... 7 Putin declares victory over the Luhansk region in... 8 These are the numbers that Pablo Laso leaves as coach... 9 Complete guide to the lighthouses of Andalusia 10 The new discounted dress of Queen Letizia in Barcelona 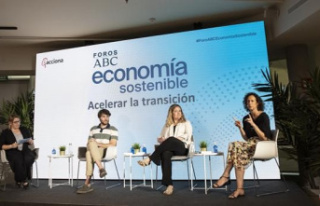