FA Cup for Klopp and Co.: Liverpool wins the second title of the season in detention

Even the penalty shoot-out goes into extra time: for a long time it was a draw in the FA Cup final between Liverpool FC and Chelsea FC. 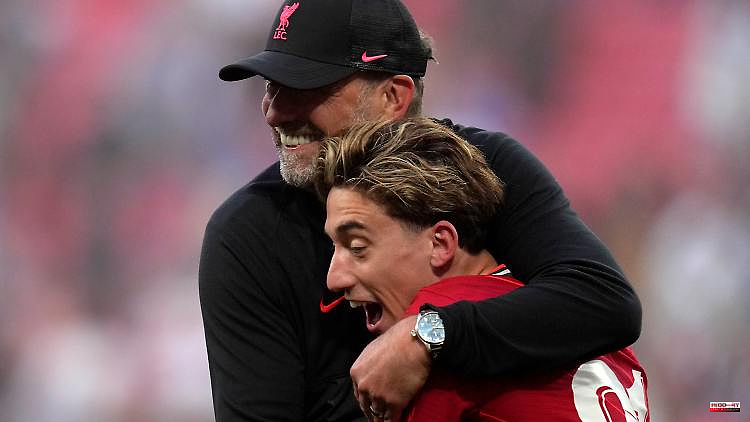 Even the penalty shoot-out goes into extra time: for a long time it was a draw in the FA Cup final between Liverpool FC and Chelsea FC. The three season duels between Thomas Tuchel and Jürgen Klopp had already ended in draws. That's not possible this time - and so Klopp laughs in the end.

Second final, second penalty thriller, second title: A jubilant Jürgen Klopp was the first German team manager to win the traditional English FA Cup with Liverpool FC. In the 150th final of the world's oldest football competition, the Reds defeated Thomas Tuchel and Chelsea 6-5 on penalties at London's Wembley Stadium. The 120 minutes before had remained goalless.

And how similar the pictures are: In February, both clubs had already faced each other in the final of the League Cup, and Liverpool also won after 120 minutes without a goal on penalties - 11:10. It was an early end this time, Konstantinos Tsimikas scoring the winner after misses by Cesar Azpilicueta and Mason Mount for Chelsea and Sadio Mane for Liverpool.

It is Liverpool's eighth FA Cup win after losing to Chelsea in the 2012 final and their first since 2006. Eight-time champions Chelsea lost last year's Wembley final to Leicester City and before that to Arsenal in 2017.

The Reds still have the chance of two more titles: In the Premier League, they are three points behind leaders Manchester City with two games to go. On May 28th they will play against Real Madrid in the final of the Champions League in Paris.

In the final phase of an exhausting season, both teams were clearly trying to decide the game in regular time. However, this was also prevented by the goal linkage: The crossbar stood in the way of the strong Marcos Alonso when he took a free kick for Chelsea (48th). At the other end, Luis Diaz (83') and Andrew Robertson (84') each hit the post.

Liverpool had to do without striker Mohamed Salah after half an hour. The Egyptian sat sadly on the ground in the center circle, shortly afterwards he had to leave the field in tears and apparently injured in the groin. Diogo Jota came for him. At Chelsea, the ailing Kai Havertz was not in the squad, Timo Werner stayed on the bench.

Liverpool initially had better chances against the defense of the Blues around Antonio Rüdiger. Chelsea goalkeeper Edouard Mendy was able to parry the shot of the strong Luis Diaz, the follow-up shot from Naby Keita just missed the goal (8th). After that, the Blues could have taken the lead through Christian Pulisic (23rd) and Marcos Alonso (27th). 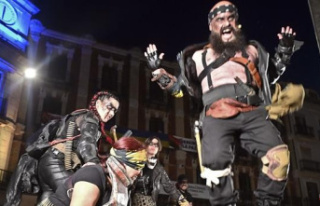 The zombie apocalypse returns to the streets of Burgos