Diario de Santo Tomé (7): A liter of oil and there will be plenty

My mother was not a first class cook, but she cooked very well and that in my house it was normal for fifteen people to sit at the table every day. 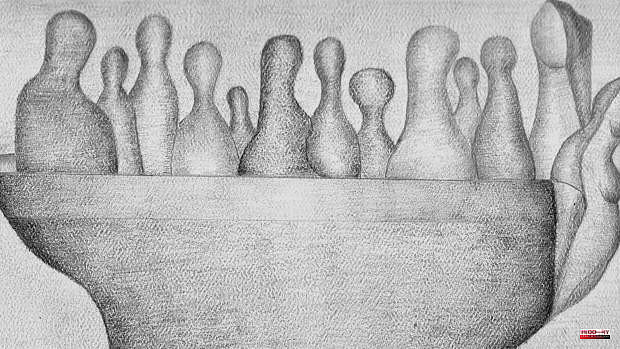 My mother was not a first class cook, but she cooked very well and that in my house it was normal for fifteen people to sit at the table every day. This, without counting birthdays, Christmas, baptisms, Holy Weeks in which sometimes we were up to twenty-five. For me, making an omelette is quite a ceremony and it is a great job for me. She made two tortillas, one without onion and the other with it, while we set the table, washed our hands and finished our homework. The widowed potatoes were famous and a stew (I can still taste the bitterness of the artichokes that were what I liked the most) that I sometimes made and that gave off a nourishing smell.

The paella on Sundays was quite a ritual. In Toledo the fishmongers opened on Sunday mornings to be able to buy fresh fish since the use of the refrigerator was not normal. After going to mass, my mother would go to the fishmongers' street, near Hombre de Palo street and buy crabs, squid, clams, tuna, flying fish, olives, bell peppers... She would come home and prepare everything and call my father to tell him: "I'm going to put the rice, we'll wait for you in twenty minutes". My father was sometimes late and the rice, my mother said, was too much. We helped her set the table in the dining room. On "daily" days we ate in the kitchen, which had a huge table that could seat twelve people. The paella, no matter how old it was, tasted like heaven.

In winter the unruly sun entered through the balcony lighting the table and making the pot shine and in summer the shadow, which filtered through the blind, sat along the table. She also made a stew that "raised the dead," as Magda said, who almost always went to her house with something to eat. The stew had three courses: first, the soup, sometimes pink from the fat of the chorizos, second, the chickpeas with cabbage, third, we ate 'la carne', which consisted of a piece of bacon and chorizo ​​or black pudding and a piece of bass meat (which I never knew why it was called that) and that my mother bought at Mr. Casimiro's butcher shop, which was next to my house.

Also famous were the stews on Fridays during Lent, the gazpachos in summer, the noodle soups for colds, and the Russian salad for parties (a mountain of boiled potatoes with peas, olives, finely chopped onion, boiled eggs, all wrapped in a layer of mayonnaise that my mother made by hand and almost never got cut). When Christmas approached, in mid-December, my mother and the girl went to Señor Agapo's bakery in Plaza de Valdecaleros to make buns and cupcakes for the holidays. It was quite a ritual that my brothers and I anxiously awaited. First because we wanted to go help them and then because we knew we could go into the dark room and eat all the buns we wanted, without being seen, of course. They prepared three large wicker baskets, embroidered cloths, lemons, oil, spices, eggs, corrugated paper bags for cupcakes... The buns were of two kinds: those with oil 'for the lesser known' and those with oil. butter 'for lifelong friendships'. When Alianza Editorial published Simone Ortega's cookbook, we gave it to my mother. (It's still among the cookbooks my family keeps.) My mother wasn't a book cook, she had her own cookbook in her head and heart and improvised according to the moment. She had no measurements, her measurements were her fingers, her intuition. She read some recipes from the book by Ortega y Gasset's daughter-in-law and never read it again. We asked her what she thought of it and she said: «For this lady everything starts with 'a liter of oil and there will be plenty'». All my brothers and I have a copy of the Alianza cookbook that has since been known as 'A liter of oil and it will be left over'.

1 Galician terraces where you can enjoy the views and... 2 The meeting on Siro moves from Valladolid to Madrid 3 Isabel Buleo Espada, new director of the Science and... 4 The exhibition 'Caminos de Hierro' arrives... 5 Sawdust rugs return to Elche de la Sierra, which can... 6 Erdogan, Turkey's President, has declared that... 7 They were recorded circulating along a protected beach... 8 The parties after the EvAU in the Complutense: neither... 9 Eleven arrested in a 'macro raid' against... 10 Galicia receives the first large ship with corn from... 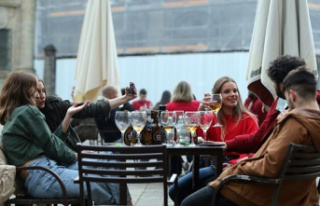 Galician terraces where you can enjoy the views and...