The strategy to get around the blockade of the Russian army and get the corn to Galicia has had its crumbs. 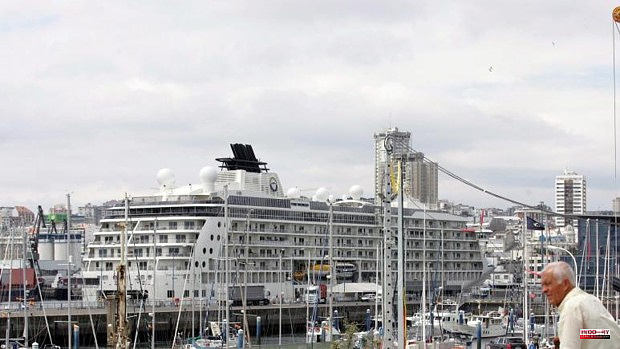 The strategy to get around the blockade of the Russian army and get the corn to Galicia has had its crumbs. First, it was transported by road from the Ukrainian border with Romania and Poland to the Polish port of Swinoujscie. There, the grain was loaded onto the freighter, which, before setting sail for Galician waters, made a stopover at the German port of Brusbüttel. And that is how the ship Alppilia, loaded with some 18,000 tons of corn, arrives —predictably— tomorrow in La Coruña.

It will be the first shipment of these characteristics that Galicia receives through this new maritime route, opened to circumvent the Russian blockade of the Ukrainian ports on the Black Sea, since the war began. Similar shipments have already docked in other Spanish regions, but this is the first that Galicia receives.

There are 18,000 tons, which, as sources from the Galician Association of Compound Food Manufacturers (Agafac) point out, may seem like a lot, but in reality they are not when compared to the amounts that used to arrive from Ukraine before the war. However, given the circumstances, it is a significant grain shipment. The corn is expected to be unloaded this Friday at the San Diego dock, to be stored and later sent to the factories that make feed for livestock. The strategy was not easy: "Small volumes of maize were taken out across the borders of western Ukraine in trucks to Poland and Romania," says Bruno Beade, director of Agafac. And he adds that these 18,000 tons that the Alppilia carries in its warehouses will be very well received by feed manufacturers, who continue to suffer, as well as farmers and consumers, from the sharp increases in raw materials.

Corn is one of the main raw materials with which the feed that feeds the livestock population is made. And since the beginning of the war, in February of this year, the sector has suffered serious problems of shortages. Faced with this situation, Agafac, like the rest of the associations that represent the sector, asked the Ministry of Agriculture to soften the phytosanitary requirements and to open the door to cereal imports outside of Europe, in order to deal with this difficult situation; a measure that came into force last March.

The Alppilia shipment will be the first large consignment to arrive in Galicia, but not the last. Another shipment of corn, in this case from Brazil, is scheduled to arrive on Sunday, also in La Coruña. It will be aboard the Desert Symphony, which transports 40,000 tons of this grain. It is the first that Galicia receives from this country after the EU authorized imports from places like Brazil and Argentina, as an alternative to cover the shortage of Ukrainian corn.

1 An editorial corrects a Mathematics and Equality textbook... 2 Calviño turns against criticism of his measures and... 3 Splitting the vote of migrants on whether they should... 4 Airlines protest EU's plan to increase emissions... 5 Anti-corruption has already filed the complaint for... 6 A migrant died in two new boats rescued in the Balearic... 7 Mexico maneuvered so that Guaidó did not go to the... 8 Official statements indicate that Egypt will pursue... 9 These are the cheapest hours of electricity this Friday 10 Hezbollah leader threatens Israel's offshore... 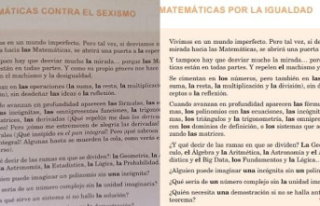 An editorial corrects a Mathematics and Equality textbook...