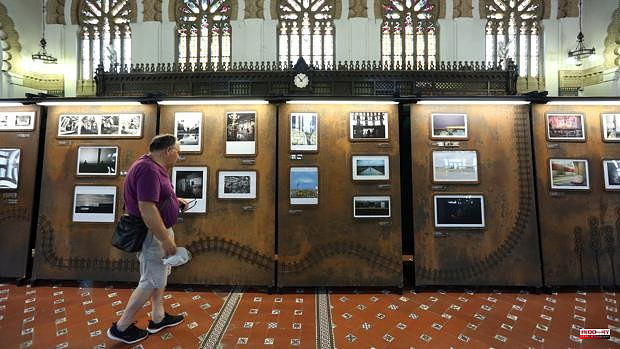 This has been advanced this Thursday in statements to the media by the managing director of the Spanish Railways Foundation, José Carlos Domínguez, who, accompanied by the Councilor for Culture, Teo García and the sub-delegate of the Government, Carlos Ángel Devia, has reported that in 1,744 authors from 69 countries have participated in this edition, who have presented 3,729 works, as well as 1,700 photographers.

Similarly, he explained that this edition began a few months ago in Vigo and extended to Bilbao, Alcañiz and Cáceres until Castilla-La Mancha, specifically, to Toledo. In this sense, he has remarked that this exhibition, after remaining in the Castilian-Manchega region, will visit Santander, León, Valladolid, Vilanova i la Geltrú and Madrid.

Among the exhibited photographs, the work 'Chronos' by Sergi Escribano has been awarded, which has obtained the first prize; ‘Cargo’ by Víctor Zurbarán, with the second prize; and 'A look at time' by Arancha Benedí, winner of the European Year of the Railway Award, granted in this edition on an exceptional basis to celebrate this railway event.

To these awards are added four second prizes, which have corresponded Javier Arcenillas, with his work 'Sin title I'; Javier Berasaluce Bajo, with his work 'Iberia'; Jorge Fabián Castillo with 'Thought'; and Pancracio Eguren, with 'Ingrávido II'.

For all these reasons, Domínguez has indicated that they intend to continue betting on this dynamic and effort made by the Government of Spain and that it deposits in the Foundation and has encouraged the people of Toledo and the Castallano-Manchegos, as well as the national and foreign citizens who attend to see this exhibition to appreciate this railway discourse in a photographic version.

For his part, the Councilor for Culture has pointed out that 'Adif Open Station' is a program that fits in with one of the objectives maintained by the local government: that this transit space be a meeting place, of coexistence, as well as a space of cultural promotion and reception in the City of Three Cultures.

1 Sawdust rugs return to Elche de la Sierra, which can... 2 Erdogan, Turkey's President, has declared that... 3 They were recorded circulating along a protected beach... 4 The parties after the EvAU in the Complutense: neither... 5 Eleven arrested in a 'macro raid' against... 6 Galicia receives the first large ship with corn from... 7 An editorial corrects a Mathematics and Equality textbook... 8 Calviño turns against criticism of his measures and... 9 Splitting the vote of migrants on whether they should... 10 Airlines protest EU's plan to increase emissions... 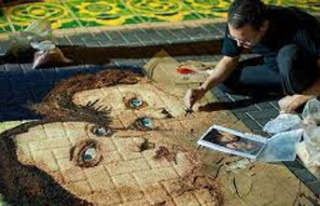 Sawdust rugs return to Elche de la Sierra, which can...