Chinese supply dominance draws praise and fights in the West

“The trade war with China is not only affecting China and the US, it is affecting everyone… these types of decisions are affecting the whole world“. 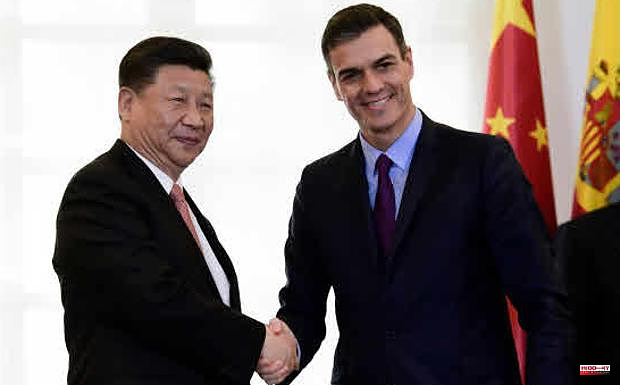 “The trade war with China is not only affecting China and the US, it is affecting everyone… these types of decisions are affecting the whole world“. This quote from Rodrigo Malmierca Díaz, Minister of Foreign Trade and Foreign Investment of Cuba, highlights a commercial conflict between two such gigantic titans, which forces nations to promote autonomy policies. The health crisis made public a well-known but unpopular debate: the resilience of supply chains and excessive dependence on a single supplier, which has internalized geopolitical risks as with its American archenemy.

A study by the European Think-Tank Network on China (ETNC), 'Dependence in Europe's Relations with China. Weighing Perceptions and Reality', reflects that this subjugation is considered mainly at the EU level, and Spain is following a pro-European approach to address the problem. Naturally, years ago the objective was different, since the emphasis was on the bilateral economic relationship and on how to promote economic exchanges with China to reach the levels reached by other large EU economies, such as France or Germany; as the report reveals.

Chinese economic relations are a recent element of the Spanish public debate, triggered by Chinese purchases of Spanish public debt during the eurozone crisis and revived by the Covid 19 pandemic. In fact, in 2012 there was an informal rejection of the Spanish authorities to the tentative Chinese proposals, which prevented a series of acquisitions, including Red Eléctrica de España, CESCE, Repsol and China Investment Corporation's Canal de Isabel II. The Think-Tank document states that Spain's dependence on foreign trade from Beijing is reflected in two areas since the epidemic that began in 2020: First in medical products and then with the shortages experienced during the economic recovery, including crucial semiconductors for the industry automotive, a key sector of the Spanish economy. National supply chains seek to maintain their links with China's main strategic partners.

The report ensures that strategic dependencies give China the ability to significantly impact the global availability in Spain of some twenty goods, that is, goods with critical applications in critical infrastructures, industries and central technologies of the fourth industrial revolution (pharmaceutical products , raw materials and electronic components). The advantageous position of the Chinese market does not apply to all imports to Spain. «With the notable exception of agricultural products, China remains a secondary export market compared to Spain's traditional partners in the EU, the US. and the United Kingdom », they assure from ETNC.

There are two particularities regarding commercial agreements: First, that the White House's status as an indispensable ally, and their enmity with the easterners, forces the aligned nations to oppose Beijing. "From 1999 to 2011, the growth of imports from China cost the United States about 2.4 million jobs," says an MIT document in 2016. The crusade against the Asian country was led by former President Donald Trump, “China is our enemy, they want to destroy us” said a tweet from the businessman in 2011. The change of president and party, together with the leading role of Russia in the Ukrainian conflict, have reduced criticism from the US government.

Second is the fact that China is perceived as a less reliable and trustworthy partner than Spain's traditional partners. The narrative of dependency is mainly due to changing perceptions and emerging mistrust of China. Of course, the Xi Jinping government is not seen as a threat in all contexts. In fact, Spain's latest Foreign Action Strategy and the statements by José Manuel Albares Bueno and Arancha González Laya, its predecessor, recognize that China's action is "crucial" for climate change given its contribution to greenhouse gas emissions. greenhouse effect.

Although after the pandemic the debate gained relevance, the notion of dependence on China remains marginal in the Spanish public debate, with the exception of Vox, which has strongly spoken out against these trade relations. Spain's position in this conflict goes hand in hand with that of Brussels. From the ETNC, they consider that Spain's dependence on China is framed mainly at the EU level, with concerns about "vulnerability" and the "enormous dependence of the EU on very limited sources of supply" and calls for European strategic autonomy against the great supply powers such as Russia and the USA. In the short term, this is not likely to mean radical changes for Spanish supply chains, be it significant relocation or rapid diversification. Spanish support for initiatives at EU level in favor of strategic autonomy can be a more immediate and tangible response, especially in strategic sectors such as health or the digital economy, and in areas where European industry can achieve a global competitive advantage. . 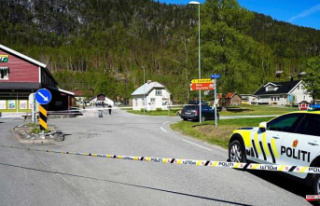 Four people injured in a stab attack in Norway