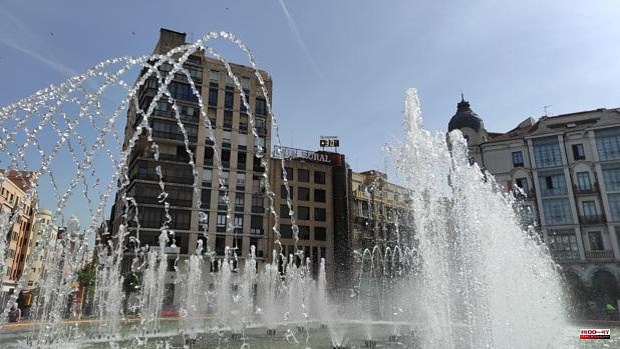 Yes. It hasn't just been a wind chill that has taken over the conversations. May 2022 has made its own merits to enter the history of heat records in Castilla y León. It arrived and gained strength, forcing coats and boots to be exchanged at a forced pace for short sleeves and sandals, and it stretched the thermometers to values ​​not at all appropriate for the fifth month of the year and much less with such persistence, although with oscillations that force one not to forget that there are still a few days until summer and that in these latitudes temperature fluctuations rule and just as temperatures exceed 30 degrees, at night the thermometer can shrink to negative.

This year, although with exceptions, there has been no need to wait until the saying 'until May 40, don't take off your coat', because a few days after reaching that date, the temperatures already experienced are more typical of July and August. And, in addition to being hot, May has come without rain, thus increasing the already accumulated water deficit. It was also "extremely dry," with 75 percent less rainfall than usual for such a spring month.

Thus, Castilla y León recorded an "extremely hot" month of May, with an anomaly of 3 degrees in the average temperature. It is thus the second warmest at least since 1951, only surpassed by the year 1964, and equal to the value recorded in the fifth month of 2020, according to the Monthly Climatological Advance prepared by the Aemet (State Meteorological Agency).

The most outstanding values ​​have been recorded between the 18th and 21st, with some values ​​that exceeded their historical figures, exceeding the average for those dates by up to 10 degrees. And that the month began with values ​​slightly lower than normal, but it was gaining strength and registered a progressive and continuous rise until the 21st and, although in the following 4 days the records fell 13 and were located in a timely manner below its expected value, rising again in the last days of the month.

With heat and without much-needed water, May has arrived: “extremely dry”, with a deficit very close to 75%. According to Aemet records, only appreciable rainfall has been recorded on five of the 31 days of the month, which is half the average. And there has hardly been widespread rain. Yes, three days of storm, although in areas of the North and Northwest it has been very dry.

Mayor 2022 is thus one of the fifth months of the year with the lowest global rainfall record in Castilla y León, along with 1965, 2015 and 2019. It has only been generally exceeded 30 liters per square meter in the extreme Northwest areas while that in the entire Southwest quadrant the values ​​have remained below 15 and with many even below 5 liters per square meter.

Among the storms, the values ​​left by the one discharged on May 22 in Villablino (León) stand out, with an accumulated precipitation in one hour of 39.2 liters per square meter and an intensity of 72.

1 Shooting of Latino gangs in a restaurant in Chueca... 2 The judge accuses Plus Ultra and summons its legal... 3 The CPI triggers the costs of SMEs by 23% in one year... 4 Israeli nationalists wage war against the Palestinian... 5 Yolanda Díaz calls on Sánchez to "take one... 6 A Bulgarian trafficker with marijuana and 21,600 counterfeit... 7 The PP will request all the information on the travel... 8 Castilla y León is running to host the EU Universal... 9 The León City Council will pave 43 streets in 18... 10 Ronaldo and Messi return to command 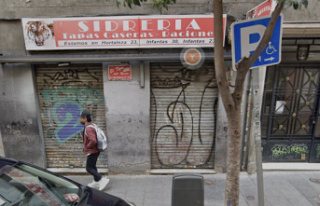 Shooting of Latino gangs in a restaurant in Chueca...