For the Second Vice President of the Government and Minister of Labor and Social Economy, Yolanda Díaz, "the package of measures approved at first to face the crisis caused by the runaway rise in inflation -aggravated by the war in Ukraine- is very good". 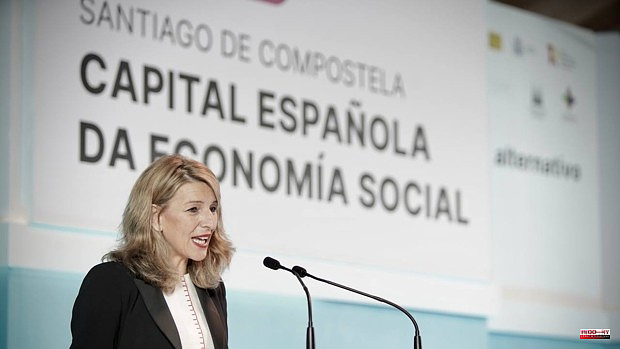 For the Second Vice President of the Government and Minister of Labor and Social Economy, Yolanda Díaz, "the package of measures approved at first to face the crisis caused by the runaway rise in inflation -aggravated by the war in Ukraine- is very good". -; but he considers that "one more step must be taken", "as other countries are doing", and summons his partners in La Moncloa, the socialists, to include the proposals of the purple wing, once the president, Pedro Sánchez, confirmed his intention to extend the measures. With taxes on electricity companies and more weight to discount public transport than to reduce the impact of the bill of filling the tank of private vehicles.

In statements to the media during a visit to an agro-livestock cooperative in Ames, on the outskirts of Santiago, Díaz called for "tackling" inflation, as "Spain's main problem", and doing so "urgently". .

And he understands that at this point, in which he has commented that "we continue to work quietly with the PSOE" to discuss the measures to be implemented, there is a twist to the initial plan.

"We continue to think that the time has come, as in other countries, to have an extraordinary tax on electricity companies", so that "they also become co-responsible for what is happening", the second vice president said in the first place. A point in which they continue "in conversation" with their partners, she has remarked, in the face of "impossible" energy prices. She defends that "it is nothing extraordinary" what they propose, but rather that it is in line with what is pointed out by the European Commission or OECD.

Additionally, for Díaz "it is not correct to continue subsidizing without income bias" hydrocarbons "and also continue subsidizing fossil fuels." He sees "better" choosing who those subsidies are directed to and, in parallel, recovering an initiative that did not enter the first package of measures: discounting the use of collective public transport, "of maximum interest", he has added.

Díaz believes that "it does not make much sense" that in Madrid students, workers or pensioners who use the Metro are not discounted and she herself receives discounts to refuel in her private vehicle. Here the "position" of her government wing is "clear", she has emphasized, and they "would like" the PSOE to open up, because it is "appropriate".

Díaz, who has traveled to Ames after presenting the Social Economy Manifesto first thing in Santiago, has once again responded to the leader of the PP, Alberto Núñez Feijóo, for having stated that there is “make-up” in the unemployment data. He has asked the PP "to be rigorous with the data" and that "we stop politicking with people's lives." Incidentally, he has summoned Feijóo to "rectify his position on the labor reform and say that it is being positive."

1 A Bulgarian trafficker with marijuana and 21,600 counterfeit... 2 The PP will request all the information on the travel... 3 Castilla y León is running to host the EU Universal... 4 The León City Council will pave 43 streets in 18... 5 Ronaldo and Messi return to command 6 Relive on YouTube the historic Rolling Stones concert... 7 Al-Mutamid is reborn in the tallest medieval tower... 8 Ximo Puig, against Ayuso and against Belarra: "There... 9 The province of Salamanca demands an “equal” railway... 10 A baby is abandoned within minutes of being born on... 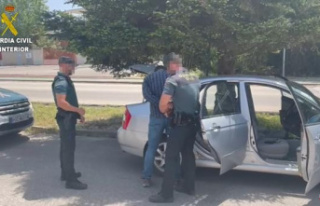 A Bulgarian trafficker with marijuana and 21,600 counterfeit...