Ronaldo and Messi return to command

When it seems that the times are over, they reappear to demonstrate, once again, that it is still too early for the protagonists of world football to be others. 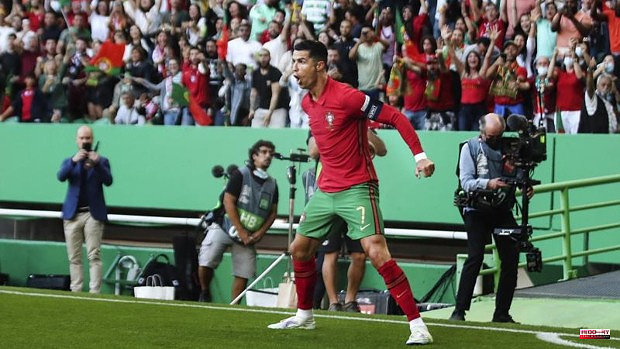 When it seems that the times are over, they reappear to demonstrate, once again, that it is still too early for the protagonists of world football to be others. Cristiano Ronaldo and Messi continue to delight the world, whether it is a friendly match or a Nations League match, it does not matter, the competing animals yesterday sent messages to each other at a distance, which says: "my work is not finished yet". In the last period, due to the bad seasons of the two stars, the main actors of football had changed. The victory of the fourteenth Champions League for Real Madrid, the 'novel' of Mbappé who decided to stay at Psg and the signing of Haaland from Manchester City, removed the world dominators of the last 15 years from the sporting focus.

"Never underestimate the heart of a champion," Rudy Tomjanovich, the coach of the Houston Rockets recited in the 1990s when they won their first NBA title. The two stars took the phrase as their mantra to spur each other on in a goal competition on selection day. The Argentine scored 5 goals in the 5-0 victory against Estonia. The Psg prodigy, thanks to the repoker, surpassed Puskas in the classification of the best markers in the history of the national teams. With 86 goals, Messi positioned himself fourth in this special ranking, which is led by his rival Cristiano Ronaldo at 117. Yesterday, the Portuguese responded to the roar of the seven-time Ballon d'Or with a brace of pride against Switzerland, in the 4-0 victory of his team. equipment. They also disallowed a goal for offside and also took away a penalty that was assigned before the VAR review. The two wanted to underline that, despite the problems this year, they are still alive and fighting in the elite of world football.

Ronaldo spent one of his worst seasons with Manchester United, where he failed to qualify for the Champions League, his competition par excellence. The arrival in sixth place and the exit in the round of 16 of the European Cup hid his remarkable statistics because despite everything, the Portuguese scored 33 goals throughout the season, between club and national team, including yesterday's double. On the other hand, Lionel Messi did not respect his expectations with his new club: Psg. After having shone for 17 consecutive years at Barcelona, ​​the flea became part of a stellar team with his friend Neymar and the phenomenon of the moment, Kylian Mbappé. Things did not go as expected, the previous season ended late because of the Copa América (won in the final against Brazil) and the consequent signing with the Parisian club led him to start athletic preparation later than his teammates. In addition, at the beginning of 2022, the Argentine had to face the Covid that left him with sequels in the recovery. The footballer declared that "I spent almost a month and a half without running because it affected my lungs strongly." In 33 matches played with the French he only scored 11 goals, a loot far from the levels to which he accustomed us during all these years.

The World Cup will be the last major international event for both of them, with the Argentinian favorite to go all the way, thanks to a record selection (he has gone 33 games without defeat) but nothing can be taken for granted, like when the Portuguese surprised all winning the European Championship in 2016. Something is sure to exist, the greatness of these two gentlemen, that all football lovers will miss.

1 Relive on YouTube the historic Rolling Stones concert... 2 Al-Mutamid is reborn in the tallest medieval tower... 3 Ximo Puig, against Ayuso and against Belarra: "There... 4 The province of Salamanca demands an “equal” railway... 5 A baby is abandoned within minutes of being born on... 6 “The best handball campus in Spain” arrives with... 7 How many votes does it take to remove Johnson? Keys... 8 Who could replace Boris Johnson if he doesn't... 9 Laso gets scared: "It's been a tough blow,... 10 Criticism of Risto Mejide for a photo in which he... 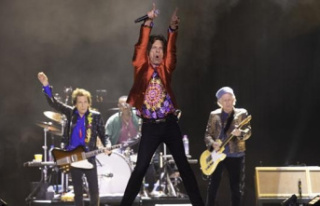