Creepy scenes of panic that were experienced less than 24 hours ago in the Chueca neighborhood. 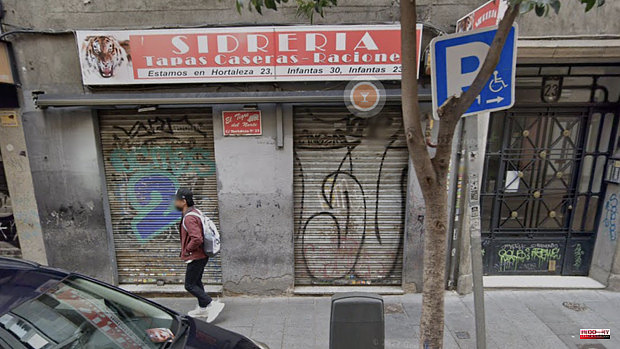 Creepy scenes of panic that were experienced less than 24 hours ago in the Chueca neighborhood. Two young men entered a well-known cider house and shot at least twice at one of the workers. Luckily, the target of the attackers, linked to Latino gangs, was not hit. One is arrested.

The incident occurred around half past one in the afternoon. Two very young, hooded men broke into the El Tigre bar, on Calle de Hortaleza, 23 (Centro), which has another well-known 'branch' on Calle de las Infantas.

Police sources specify that the two shots did not reach the waiter, 32 years old and Spanish, against whom they shot with the intention of killing. Seeing their plans frustrated, both subjects ran away.

The notice came quickly through the internal police station. A few meters from there, two Mobility agents saw a young man running down Augusto Figueroa street, perpendicular to Hortaleza, and whose description coincided with the information given by the Corps mesh.

The officials did not think about it, with the added courage that Mobility agents do not carry firearms. They hunted down the subject, who is still a minor and has a Spanish DNI. He was carrying a backpack in which he hid the pistol, which is being analyzed to see if it is a "Chilean" (a manipulated blank weapon that can only be detonated twice, due to the risk that the gunman will explode in the hand).

The National and Municipal Police appeared at the scene, and are in charge of the investigation. Sources of the case indicate to ABC that there are recorded images of the attempted murder, which are linked to Latino gangs (the Trinitarians are the ones that control the district of Centro). They will be essential to find the whereabouts of the second attacker, who for now remains unaccounted for.

Precisely, the district of Centro proposed and has already been approved by the City Council to extend the video surveillance system to the Chueca neighborhood and in the Marconi industrial estate, as well as other conflictive areas of Tetuán, Montera, Lavapiés, Ballesta-Gran Vía, Azca, Puente de Vallecas, and the idea is to take it to Malasaña as well.

Last October, the Governing Board approved the investment of 3.4 million euros so far in the mandate to install 108 new devices, a third of the existing ones. Chueca and the Marconi polygon are the following. Precisely, in the two streets of yesterday's event (Hortaleza and Augusto Figueroa) there will be a total of 8 devices.

1 The judge accuses Plus Ultra and summons its legal... 2 The CPI triggers the costs of SMEs by 23% in one year... 3 Israeli nationalists wage war against the Palestinian... 4 Yolanda Díaz calls on Sánchez to "take one... 5 A Bulgarian trafficker with marijuana and 21,600 counterfeit... 6 The PP will request all the information on the travel... 7 Castilla y León is running to host the EU Universal... 8 The León City Council will pave 43 streets in 18... 9 Ronaldo and Messi return to command 10 Relive on YouTube the historic Rolling Stones concert... 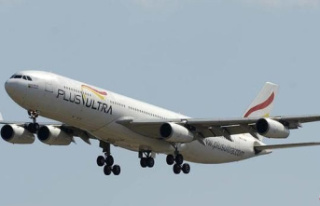 The judge accuses Plus Ultra and summons its legal...