León City Council will launch an Asphalting Plan this summer that will act on 43 streets in a total of 18 neighborhoods and districts of the city, with an estimated area of ​​52,823 square meters. 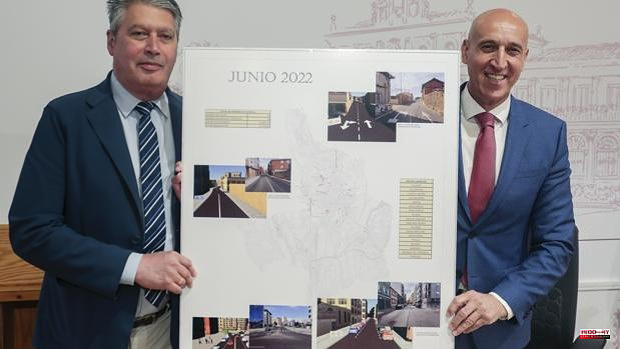 León City Council will launch an Asphalting Plan this summer that will act on 43 streets in a total of 18 neighborhoods and districts of the city, with an estimated area of ​​52,823 square meters.

These actions come after a 2021 Asphalting Plan that, according to the mayor of the city, José Antonio Diez, was "ambitious and the main and large-capacity arteries of the city were repaved" such as Sáenz de Miera avenue, Fernandez Ladreda , Europa avenue or Carbajal highway, as well as very unique areas such as the Los Leones bridge or Guzmán roundabout, "because they were in an advanced state of deterioration in addition to many others scattered throughout the city's neighborhoods."

The 2022 Asphalting Plan focuses more on the city's neighborhoods and their choice was based on the incidents of citizens registered by various means and on inspections by both municipal technicians and the maintenance company itself. . In this way, smaller streets predominate whose state of conservation made action necessary to ensure that "the neighborhoods gradually recover the state of maintenance for the enjoyment of the residents."

As in the 2021 campaign, the works consist of the superficial renovation of the agglomerate of these streets. For this reason and in general, the surface will be milled, at an average thickness of five centimeters, applying a new layer of agglomerate of variable thickness, depending on the road.

Wells and sinkholes will also be lifted when necessary and the horizontal signage that has been removed during the work will be renewed, as a result of the implementation of the new pavement. In the areas of softness or deep deterioration of the pavement, the corresponding sanitation will be carried out, removing the material and applying a new granular or concrete base, informs Ical. On it, a first layer of chipboard will be applied for regularization and will be completed with the rolling layer to the entire section. The period of work is expected to last between two and three months.

In addition, in Armunia an action is being carried out with an independent project to improve Calvo Sotelo Street, which also includes, among other units, the asphalting of the street, highly demanded by the residents of the area.

The works begin this Monday June 6 with the milling of the Main Street in Oteruelo and will be carried out in the summer months. It is possible that some of the busiest streets are executed in the month of August, in order not to cause inconvenience to the citizens, which, as has been verified, is when the city is calmest last year.

1 Ronaldo and Messi return to command 2 Relive on YouTube the historic Rolling Stones concert... 3 Al-Mutamid is reborn in the tallest medieval tower... 4 Ximo Puig, against Ayuso and against Belarra: "There... 5 The province of Salamanca demands an “equal” railway... 6 A baby is abandoned within minutes of being born on... 7 “The best handball campus in Spain” arrives with... 8 How many votes does it take to remove Johnson? Keys... 9 Who could replace Boris Johnson if he doesn't... 10 Laso gets scared: "It's been a tough blow,... 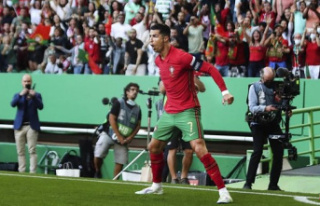 Ronaldo and Messi return to command