The Popular Municipal Group has announced this Monday that it is going to request all the information on the expenses caused to the city council for the trip made this weekend by the mayor, accompanied by several councilors from the municipal government and staff from her cabinet, to attend the Pilgrimage of El Rocío in Huelva. 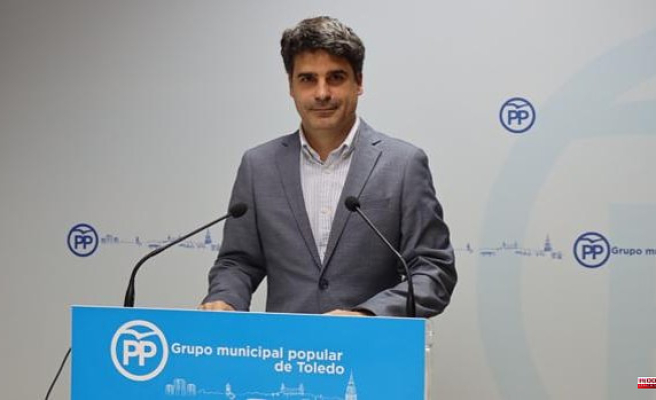 The Popular Municipal Group has announced this Monday that it is going to request all the information on the expenses caused to the city council for the trip made this weekend by the mayor, accompanied by several councilors from the municipal government and staff from her cabinet, to attend the Pilgrimage of El Rocío in Huelva.

The spokesman for the Popular Municipal Group, Juan José Alcalde, has pointed out that "Toledans have the right to know if the expenses caused by this trip to spend the weekend outside Toledo have been borne by Mrs. Tolón or by the taxes of the Toledans. It is very serious that while we Toledo are crunching taxes, she can use public resources, such as official cars, to go away for the weekend ».

In this sense, the spokesman also asked if this trip had something to do with the electoral campaign for the Andalusian elections, because in that case the partisan use of public resources by all Toledo would also be added to this travel expense.

In the same way, the Mayor lamented that, once again, «the mayor is concerned only with the photos and is increasingly far from what really worries the people of Toledo. This weekend the image of those represented by the socialist party and the government of Mrs. Tolón has been seen again in the city of Toledo». Last Friday, Tolón attended the inauguration of the acts of vindication by the Tagus River, "but he took the photo and left, he did not even listen to the students of the Toledo schools who presented their proposals and their work", something that the students and their families made him ugly.

Thus, the spokesman has denounced the contempt that Mrs. Tolón has shown to our river Tagus and to all of Toledo society with her attitude this weekend, who has chosen to spend a trip outside the province and not in Toledo, in Safont, to defend the river as the people of Toledo were doing. «She did not go through Safont to hear what people wanted to tell her about the river, she did not want to hear that she is the mayor of Toledo most sanctioned for polluting the Tagus. You can't say one thing and the other, you can't blame others for polluting the river when in Toledo the river enters dirty and comes out even dirtier", because Mrs. Tolón allows it to be contaminated by uncontrolled discharges your way through our city.

For the Mayor, defending the Tagus River "is not raising your voice, it is taking measures to improve the quality of the water, it is for Toulon to fulfill its powers as mayor to put an end to dumping in our city."

Lastly, the Mayor called on Tolón and the municipal government to “apologize to Toledans for this lack of respect and responsibility that they have shown with the river this weekend, going on a trip while the city turned to defend the Tagus River without its mayor.

1 Castilla y León is running to host the EU Universal... 2 The León City Council will pave 43 streets in 18... 3 Ronaldo and Messi return to command 4 Relive on YouTube the historic Rolling Stones concert... 5 Al-Mutamid is reborn in the tallest medieval tower... 6 Ximo Puig, against Ayuso and against Belarra: "There... 7 The province of Salamanca demands an “equal” railway... 8 A baby is abandoned within minutes of being born on... 9 “The best handball campus in Spain” arrives with... 10 How many votes does it take to remove Johnson? Keys... 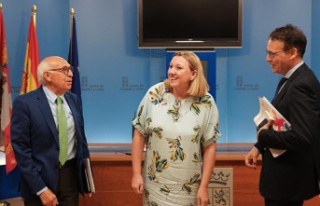 Castilla y León is running to host the EU Universal...