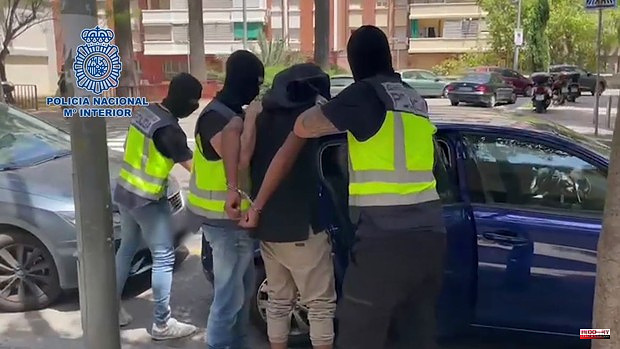 September 25, 2020. Zaheer Hassan Mahmood, 27, attacks two people with a knife in front of the former headquarters of the weekly 'Charlie Hebdo', in Paris. He is a lone wolf, linked to the Gabar Group, a Pakistani terrorist organization that enacts punishing those who blaspheme against Muhammad and Islam with the death penalty.

This Tuesday, the National Police arrested in Hospitalet de Llobregat (Barcelona) another member of the same group, claimed by the Italian authorities. In that territory, the Polizia di Stato arrested 13 other suspects of belonging to the terrorist organization. The researchers believe that "they had a very close bond."

It is not the first time that the Barcelona Provincial Information Brigade, under the coordination of the General Information Police Station, has detected this type of criminal in our country.

Last February, five individuals from the same organization, aged between 19 and 27, were arrested in Catalonia and Andalusia, "strongly radicalized."

Investigators came to them after discovering that Mahmood had a contact in Barcelona. "They had a multitude of profiles on social networks, and a beastly activity of publishing content: they were like antennas of this movement, here in Europe," police sources explained to ABC at the time.

The Police considered it "worrying" to have detected this type of profile of young people of Pakistani origin who promulgate "the punishments for blasphemers", who are dedicated to spreading propaganda and inciting third parties to commit attacks. Also to the exaltation of those already perpetrated in Pakistan and France. "This movement is very belligerent, and has a multitude of slogans against Europe, where freedom of expression is a pillar, but they blame the continent and the governments, for example, for the cartoons of Muhammad," the sources consulted point out.

After spending this Wednesday at the disposal of the Central Court of Instruction 3 of the National Court, on guard duty, the detainee in Hospitalet has entered provisional prison.

1 The five festivals in Galicia that you cannot miss 2 Solidarity days of Mountain in Castillo de Bayuela... 3 "Cowards. I will never forgive you »: a teacher... 4 The proclamation of Ángel Felpeto opens the most... 5 The EvAU exams start at the UCLM without incidents... 6 Page believes that "convergence" is necessary... 7 Scholz insists that the priority is to avoid a direct... 8 These are the cheapest daylight hours this Thursday 9 This is the Treaty of Friendship and Cooperation that... 10 Relatives threaten to go to Brussels if Sánchez does... 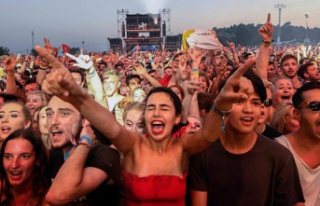 The five festivals in Galicia that you cannot miss