The EvAU exams start at the UCLM without incidents or restrictions

A total of 8,555 students were called to the University Access Assessment tests (EvAU) that began today in the university district of Castilla-La Mancha without incident and with health and safety recommendations to prevent contagion by Covid-19 . 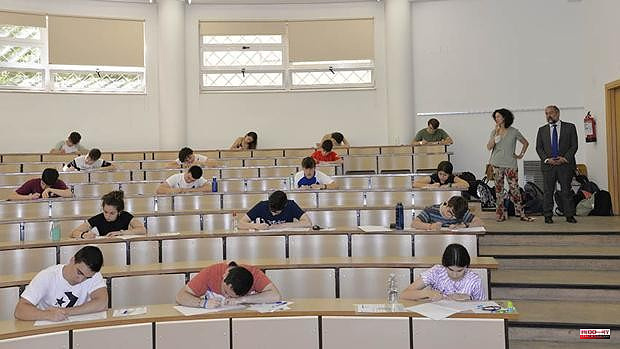 A total of 8,555 students were called to the University Access Assessment tests (EvAU) that began today in the university district of Castilla-La Mancha without incident and with health and safety recommendations to prevent contagion by Covid-19 . The heiress of the old Selectivity will last until June 10 and the students will know their grades in the afternoon-evening of the 14th.

The University Access Assessment (EvAU) has started today in the university district of Castilla-La Mancha normally and without the health and safety restrictions that had been established in the previous two years due to Covid-19, if While the recommendations for the use of the mask and the safety distance continue to be maintained to prevent possible infections.

This has been reported on the Ciudad Real Campus by the Vice-Rector for Students of the University of Castilla-La Mancha (UCLM), Ángeles Carrasco, at the end of the History of Spain exam, the first of this EvAU to be held until Friday, June 10, and in which 8,555 students have enrolled, 1.47% more than the ordinary call last year. Specifically, of the total number of students enrolled in the UCLM district, 2,053 correspond to Albacete; 2443, to Ciudad Real (with Almadén); 892, to Cuenca; and 3167, to Toledo (including Talavera de la Reina).

The Vice-Rector for Students, who in her appearance before the media was accompanied by the technical coordinator of the EvAU tests, Jesús Manuel Molero; and by the president of the Single Court, Rocío Gómez, she has assured that at the beginning of the tests everything "has gone great" and has hoped to continue like this in the rest of the tests. Likewise, she has said she finds the students "more relaxed and calm and with more joy" than in the last two years, a circumstance that she has attributed to the fact that it has practically returned to normality and to the pre-pandemic years.

On the other hand, the Vice-Rector for Students has reported that so far no student with disabling symptoms due to Covid-19 has asked the organizing subcommittee for the tests to postpone the EvAU exams.

Coinciding with the beginning of the EvAU, the rector of the UCLM has visited the headquarters of the Single Court in the Faculty of Letters of Ciudad Real to inquire about the beginning of these tests that mobilize more than seven hundred people between vigilant teachers, correctors and staff service assistant. Later, he has moved to one of the classrooms to learn about the development of the exams.

The University of Castilla-La Mancha will begin the EvAU exam correction process on Monday, June 13, and plans to publish the official results in the afternoon-evening of the following day, June 14. Each student will receive their grades in the email they provided at the time of enrollment. As of June 15, students will have to download the electronic card of the EvAU grades through the UCLM Virtual Secretariat, which is mandatory for registration and enrollment in undergraduate studies.

The student who is not satisfied with the grade obtained in any subject and who has not downloaded the final card may request a second correction online, which will always be done by a different teacher from the first one, through the application of the tests of access. The request must be made within three business days after the official publication of the qualifications. On June 22, UCLM will communicate the result of this second correction by email and, the following day, June 23, the student who has claimed will be able to download the final card.

1 Page believes that "convergence" is necessary... 2 Scholz insists that the priority is to avoid a direct... 3 These are the cheapest daylight hours this Thursday 4 This is the Treaty of Friendship and Cooperation that... 5 Relatives threaten to go to Brussels if Sánchez does... 6 After visa requirements, Venezuelans have a large... 7 Algeria prohibits commercial operations with Spain... 8 1-2: Valdepeñas takes advantage in a magical minute 9 Reborn in Madrid de los Austrias 10 Clara Villalón shares her favorite restaurants, shops... 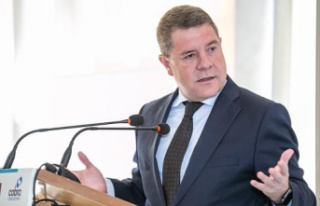 Page believes that "convergence" is necessary...