German Chancellor Olaf Scholz is under strong pressure to provide more and better military equipment to the Ukrainian Army. 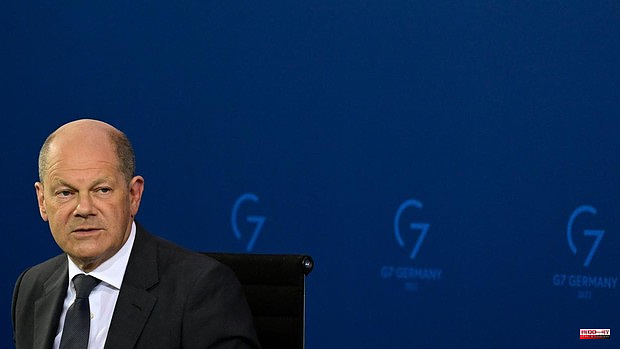 German Chancellor Olaf Scholz is under strong pressure to provide more and better military equipment to the Ukrainian Army. In his conversation with the Berlin Foreign Press Association, he has once again heard reproachful questions about his doubts and the hardly justifiable delays in the delivery of the few weapons that he has promised to kyiv. The German chancellor justifies himself by claiming that the German contribution to the defense of Ukraine is one of the largest, but his statement is tricky.

"The problem is that the tax base is used as a reference, not the GDP, and with that calculation the contributions of Germany seem greater", explains the military expert Carlo Masala, "if you take a look at the classification of the Kiel Institute for Economics World (IfW), which is based on the GDP of donor countries, Germany ranks 14th.

Scholz also insists that Germany makes all its contributions in accordance with "friends and allies" and insists that a direct confrontation between NATO and Russia must be avoided. Without mentioning it, he is referring to a tacit pact that, according to sources in his party, there is between the allies not to add more heavy weapons to the conflict. "We do it in agreement with our friends and allies," he reiterated, recalling the "historical milestone" represented by the increase in defense spending recently endorsed by the German Parliament, an injection of 100,000 million euros that will go directly to rearming to the German army.

“If you look at what the United States, France or the United Kingdom do, you will see that they are doing exactly the same thing,” Scholz has said of Germany sending Gepard missile launch systems and armored anti-aircraft vehicles. In his review of the decisions of his government in support of the kyiv authorities in the military field before foreign correspondents accredited in Berlin, he has avoided addressing the issue of direct deliveries of material from the German Army. He has also not referred to the eventual shipment to Ukraine of German-made Leopard 2 tanks by Spain, press information according to which it would affect some 40 units of the more than one hundred tanks of this model acquired in 1995 from Germany. Scholz has limited himself to saying that Germany has not received any request for authorization for that delivery. German law establishes that consent clauses in the case of transfer to third parties appear in arms export contracts and to date Spain has not contacted Berlin to request it.

The German chancellor emphasizes with respect to the war in Ukraine that one of the essential principles of the western strategy is that it does not end up producing a direct confrontation between NATO and Russia. "We have to make sure that there is no direct confrontation with NATO," he stressed, alluding in passing to the challenge posed by the situation created by the invasion of Ukraine in relation to energy supply and dependence on Russia.

1 These are the cheapest daylight hours this Thursday 2 This is the Treaty of Friendship and Cooperation that... 3 Relatives threaten to go to Brussels if Sánchez does... 4 After visa requirements, Venezuelans have a large... 5 Algeria prohibits commercial operations with Spain... 6 1-2: Valdepeñas takes advantage in a magical minute 7 Reborn in Madrid de los Austrias 8 Clara Villalón shares her favorite restaurants, shops... 9 What to do in Madrid this weekend: Flamenco, books,... 10 The zarzuela brings joy back to Veranos de la Villa 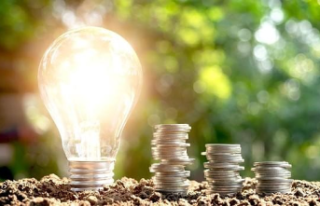 These are the cheapest daylight hours this Thursday