The Treaty of Friendship, Good Neighborhood and Cooperation between Spain and Algeria was built for "close historical and cultural ties between their peoples and geographical proximity" and with the purpose of "permanently reinforcing reciprocal knowledge, friendly relations, contacts human beings and bonds of all kinds. 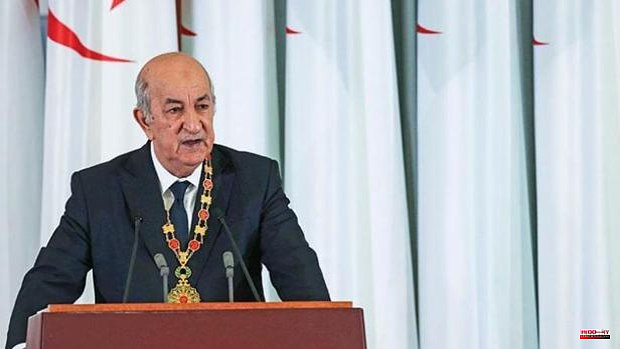 The Treaty of Friendship, Good Neighborhood and Cooperation between Spain and Algeria was built for "close historical and cultural ties between their peoples and geographical proximity" and with the purpose of "permanently reinforcing reciprocal knowledge, friendly relations, contacts human beings and bonds of all kinds.

The treaty has eight general principles that set out the background, or conditions, for subsequent cooperation between the two countries in a wide variety of matters, from the economic to the cultural and including aid and military collaboration. In the first place, the legality of the treaty is established in which both parties undertake to "fulfill in good faith the obligations they have contracted in accordance with the principles and norms of International Law and other Treaties", that is, that both countries, Both Spain and Algeria undertake that the Treaty of Friendship and the actions derived from it are in accordance with International Law and do not oblige to breach other treaties to which both states are already adhered.

The following principles constitute the conditions for the cooperation originated from the Treaty of Friendship to be possible. In the first place, the «sovereign equality» between both countries, in the second place, the internationally recognized right, in article 2 of the United Nations, of «non-intervention in internal affairs». Under this principle, none of the parties can act, either directly or indirectly, in the affairs of the neighboring country, whether by means of an "act of military, political, economic, or other type of coercion."

The peaceful settlement of disputes between Spain and Algeria and the refrain from resorting to the threat or use of force against the other party are also included. These first principles configure the framework of "peaceful" action respecting International Law.

The following points collect the actions and the derivatives of this Treaty, in the first place, the cooperation for the development “of the potentialities of the bilateral cooperation”; secondly, respect for human rights and fundamental freedoms of people as well as dialogue and understanding between both cultures and civilizations, which are committed to "creating a common cultural space, inspired by their traditions, historical links and humans» shared by both Spain and Algeria.

The areas of cooperation add up to a total of seven. In the first place, what is related to economic and financial matters. Spain and Algeria undertake to "promote and promote contacts between productive and service sectors as well as investment projects and joint ventures". Another area in which both parties promise to cooperate is in the development of infrastructure, "particularly in the fields of energy, public works, housing, transportation and fishing," among others.

The second of the fields is defense in which the High Contracting Parties will launch "training and improvement courses and the organization of joint exercises", as well as the development of weapons and weapons technology to cover the needs that may arise to anyone of the two countries.

Thirdly, "Development Cooperation", a point that includes "specific programs and projects" for fields such as: the agricultural sector, environmental protection, health, tourism and crafts, energy (renewables included ), vocational training, social and business development and lastly “any other form of cooperation that the High Contracting Parties agree upon”.

Another area of ​​cooperation is culture and education, in which, in addition to promoting the exchange of students and teachers, they agree to teach the language of the neighboring country in the territory of the other. Hand in hand with education is legal cooperation in civil, commercial, criminal and administrative matters that includes the study of the legal framework of the other contracting party.

Finally, as a great point, cooperation in the fight against terrorism, organized crime and drug trafficking is included. Both parties agree to strengthen their bilateral cooperation to combat these three threats that affect both countries. At the end, a last point is included in which both parties agree that any other type of program and specific project will be agreed upon by the two heads of state of Spain and Algeria.

1 Relatives threaten to go to Brussels if Sánchez does... 2 After visa requirements, Venezuelans have a large... 3 Algeria prohibits commercial operations with Spain... 4 1-2: Valdepeñas takes advantage in a magical minute 5 Reborn in Madrid de los Austrias 6 Clara Villalón shares her favorite restaurants, shops... 7 What to do in Madrid this weekend: Flamenco, books,... 8 The zarzuela brings joy back to Veranos de la Villa 9 Photographic mission through the geography of Madrid... 10 Ayuso leaves sexual development out of the Early Childhood... 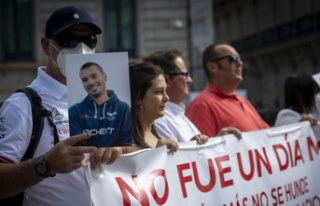 Relatives threaten to go to Brussels if Sánchez does...