Page believes that "convergence" is necessary to end "fiscal populism"

Taxes are at the center of the political debate in Castilla-La Mancha. 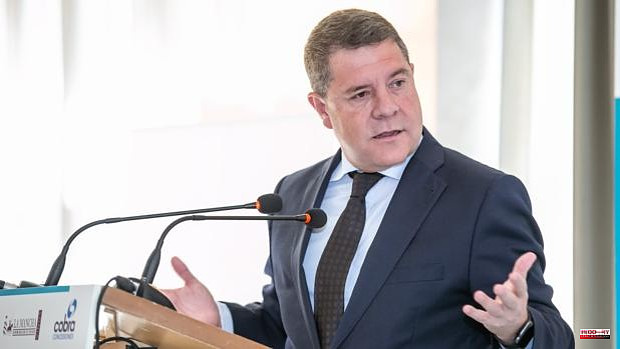 Taxes are at the center of the political debate in Castilla-La Mancha. While the opposition does not stop asking for a general drop in the face of rising prices and runaway inflation, the Board defends itself and assures that it cannot do much more. This Wednesday, the regional president, Emiliano García-Page, insisted that he is going to propose to the Government of Pedro Sánchez that, “once and for all”, a proposal for “fiscal convergence” be made.

In an informative breakfast organized by the media 'encastillalamancha.es', Page considers that the current model "is leading the autonomies to engage in fiscal populism." And he assured that "if what some autonomies say" like Madrid in fiscal matters, "Basques or Catalans said it, we would be saying that Spain is broken."

Page believes that in the tax debate you have to "talk about who gets raised, who gets lowered and what you want it for." He also added that in Castilla-La Mancha some of the taxes that depend on the community will go "to a minimum", although he did not say which ones, also recalling that some 200,000 citizens will have tax benefits for living in a rural environment thanks to the Depopulation Law.

On the other hand, the regional president explained that Castilla-La Mancha is "in the best conditions" to grow economically. In the agricultural sector "it is evident" that with the new CAP "we are going to grow and improve in every way". "All the flanks are covered and that means a lot of money and a lot of opportunity," he predicted.

In the industrial sector, it is "clear" that the region is attracting companies "well above the average" in the country and "the number of projects" that the regional government has is enormous, which will serve to "give extraordinary muscle" to Castilla la Mancha. Finally, in the services sector "there is still a lot to grow", but "things have to be put very badly so that in the coming years it will grow below 30 percent" in tourism.

Regarding the PP, Page said that he does not speak "seriously about taxes" and recalled that its leader, Paco Núñez, is "who has been mayor and doubling his rates or who has applauded Cospedal, who raised the health cent twice and all fees.

Meanwhile, Núñez uploaded a video to his social networks in which he claims that Page "has to listen" to the proposal the PP has been doing "for weeks" to lower taxes and compensate for inflation. “Today Page has again called for a general tax increase. Perhaps you are not aware that diesel is above two euros, that we pay the highest price in history for electricity or that the shopping basket, with inflation of ten percent, has become more expensive to a point in which there are families who have difficulties to fill the refrigerator”, affirmed Núñez.

For his part, Santiago Serrano, deputy secretary of Communication of the PP, explained that Castilla-La Mancha is the community with the highest rate of inflation, the eighth in fiscal pressure and is also among those that pay the most in the Patrimonial Transmission tax, in donations and successions or by signing a legal document.

1 Scholz insists that the priority is to avoid a direct... 2 These are the cheapest daylight hours this Thursday 3 This is the Treaty of Friendship and Cooperation that... 4 Relatives threaten to go to Brussels if Sánchez does... 5 After visa requirements, Venezuelans have a large... 6 Algeria prohibits commercial operations with Spain... 7 1-2: Valdepeñas takes advantage in a magical minute 8 Reborn in Madrid de los Austrias 9 Clara Villalón shares her favorite restaurants, shops... 10 What to do in Madrid this weekend: Flamenco, books,... 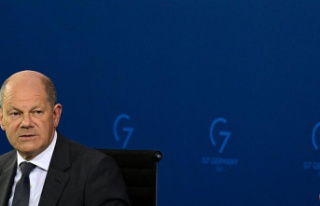 Scholz insists that the priority is to avoid a direct...