Aragonès calls for an "urgent" meeting with Sanchez

The give and take continues between the central government and the Generalitat, faced by the espionage case. 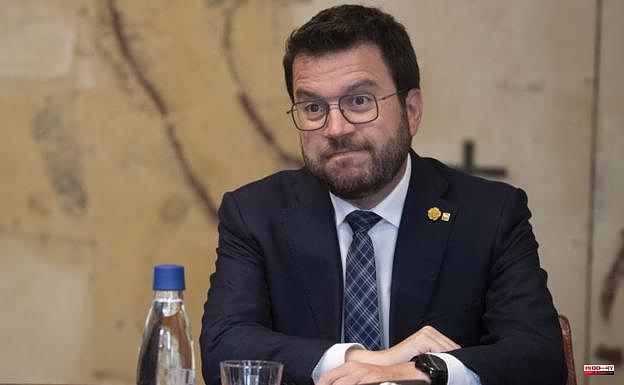 The give and take continues between the central government and the Generalitat, faced by the espionage case. Pedro Sánchez has shown this Wednesday that Congress is willing to meet with Pere Aragonès or to reactivate the dialogue table "when the Catalan side also considers it." The president of the Generalitat has replied from Ser that the meeting between the two is "urgent", but instead has considered that the call for him "does not depend on him" as Sánchez has pointed out. «Willing to see us», but the meeting cannot be a photo, he has clarified.

The head of the Catalan Executive maintains that the meeting with Pedro Sánchez must be accompanied by the declassification of the documents that make it possible to know who gave the order to spy on the Catalan Government and who had knowledge of the wiretapping. Also a commitment not to be spied on in the future. In his opinion, the Government is not moving forward on the path of redirecting the crisis and is not making the "appropriate decisions." According to the president of the Generalitat, there is an "institutional rupture" between the two administrations and it is the task of the president of the Government, in his opinion, to "repair" this situation.

And as long as he does not do so, he believes that the conditions are not met to reactivate the dialogue table between the two executives to seek a solution to the Catalan question. "The conditions to advance are not met," said Aragonès. "We have been spied on, the Government is not giving the appropriate response, it does not consider us State institutions worthy of being defended, they treat Catalonia as a subjugated country," he lamented. "Our responses and minimum demands remain unanswered," he concluded. Aragonès has revealed that since he met Pedro Sánchez at the Círculo de Economía conference fifteen days ago, he has not spoken with the Prime Minister, except for the call that Sánchez made to him last Monday after the railway accident.

The president of the Generalitat travels to Brussels this afternoon to meet with Carles Puigdemont. It is the second visit since he was sworn in a year ago and it comes three weeks before Puigdemont leaves the presidency of Junts. He also sheltered him in Italy, when he was arrested by the Italian Police in Sardinia. Puigdemont seeks with the former president to unravel the crisis that has erupted between ERC and Junts on account of the Government's response to the forced execution of the sentence that forces him to teach 25% of the classes in Spanish. Junts has distanced itself from the reform of the language policy law agreed between ERC, PSC and the commons and with which the Generalitat will try to circumvent the execution of the sentence.

Aragonès has opted for the maximum possible consensus and has warned its partners that in this matter "there are no excuses". "We work so that the four groups" participate in the reform of the law, he has pointed out. It is about, he has said, to regulate the system before the TSJC does it and to be able to give coverage to the directors of the centers. In addition to Puigdemont, Aragonès will meet in the Europarliament with deputies from ERC, Junts, PSC and the commons.

In principle, his institutional agenda does not include any meeting with leaders of the European Commission. Aragonès has affirmed this Wednesday that his objective is "to relocate Catalonia in the European institutions". The president of the Generalitat met two weeks ago with the president of the Commission, Ursula von der Leyen, together with Pedro Sánchez in the framework of the Circle of Economy conference. Since the beginning of the 'procés', the European Commission has closed its doors to the Catalan nationalist leaders.

1 Four key markers of climate change broke records last... 2 Barcones demands that Mañueco call Gallardo the “order”... 3 Yolanda Díaz demands that the emeritus be held accountable... 4 Under control a fire in a packaging company in Dueñas 5 Ximo Puig, on King Juan Carlos's visit to Galicia:... 6 Six arrested for various crimes in La Sagra and La... 7 A mother and her son die in a possible case of domestic... 8 The new childhood hepatitis could be related to covid-19 9 What is the monkeypox that has just appeared in the... 10 A champagne cork forces the phenomenon Girmay to leave... 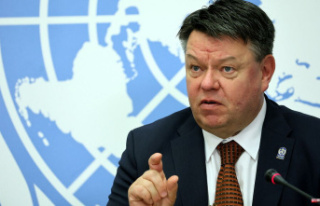